By Luke Jackson: The NBA’s first batch of playoff games featured some interesting occurrences before it even started in who would be participating. For the later half of the NBA season, most casual fans were too caught up in March Madness, Dirk and D-Wade’s farewell tours, and The Masters among other events to realize that  the Nets, Pistons, Clippers, and Magic made the playoffs. If you predicted this lineup of teams to make the Playoffs two years ago, or even at the beginning of the season, you would have been considered an absolute lunatic. With that said, these surprise teams have mostly been holding their own, for one game at least, and that could have some lasting implications on how the Playoffs carry out from here on. Now, Let’s look at some key takeaways from the NBA’s first batch of Playoff action as well as some NBA playoff predictions.

The Nets are not an Eastern Conference pushover

The Nets managed to take Game 1 of their first round series against Philadelphia in  respectable fashion. While the 76ers did put up and abismal shooting performance in Game 1, shooting a disgusting 3-25 from 3, the Brooklyn Nets did look like a legitimate playoff-caliber team that could pose a threat to the Sixers in this series. Most people assumed that the Nets wouldn’t pose a threat to the uber-talented and win-now oriented Sixers, but when you consider that the Nets’ greatest strength, their hoard of shot creating guards, just so happens to be the Sixers’ greatest weakness (especially after dishing out many key role players to acquire Butler and Harris), the Nets don’t look like an easy pushover for the Sixers after all. That is, when Embiid decides not to try and not settle for low-quality threes.

Last year, we saw Ben Simmons completely disappear against the Celtics because of his inability to shoot. The Celtics schemed him out of the game by allowing him to get wherever he wanted while taking away all of the passing lanes he is so well-known for exposing. People  around the Sixers hoped that maybe his very marginally approved shooting touch could prevent teams from replicating a similar strategy come Playoff time. Sadly, that is not the case in game 2. The Nets were able to sag off of Embiid by 10 feet while also (wisely) refusing to honor any idea that Ben Simmons could knock down a jump shot, thus enabling them to throw a tremendous amount of help at Embiid and forcing the ball out of his hands. This strategy only really works when Simmons is playing off ball, we saw in Game 2 how hard it is to guard a downhill Ben Simmons. 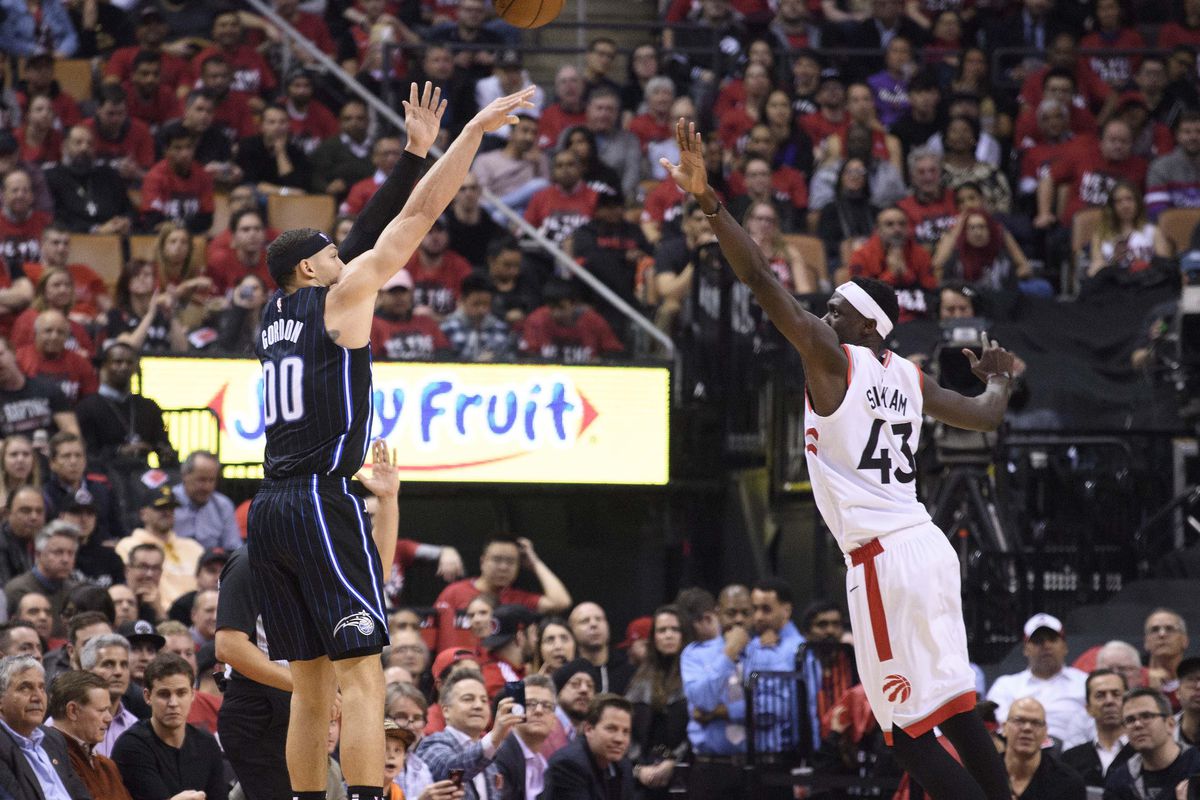 Most people assumed that the Raptors’ Playoff woes left them after their unofficial franchise owner, Lebron James, left for Los Angeles. While the rest of the team’s new roster, especially MIP (Most Improved Player) front runner Pascal Siakam, had a fantastic game in Game 1, Kyle Lowry could not say the same. Lowry had his first 0 point game since December 12th. The Magic however, had a fantastic game. The Magic hit their shots and remained content with the game’s more deliberate pace, resulting in just enough offensive firepower to squeak out a win. If the Raptors’ want their hopes for a title to stay alive, they can’t accept anymore of these downright pitiful performances from their All-Star point guard, Kyle Lowry.

Let’s face it, the Raptors and the Magic should not be on the court together in the Playoffs. The Magic are using D.J. Augustin as their primary perimeter playmaker, and while I will admit that Augustin is an above average and efficient starting PG, he has nowhere near enough talent to carry a hearty portion of a team’s offensive responsibility in the Playoffs. Even if the Raptors put up average performances from here on out, they will still be able to close this series in 6 or less games. 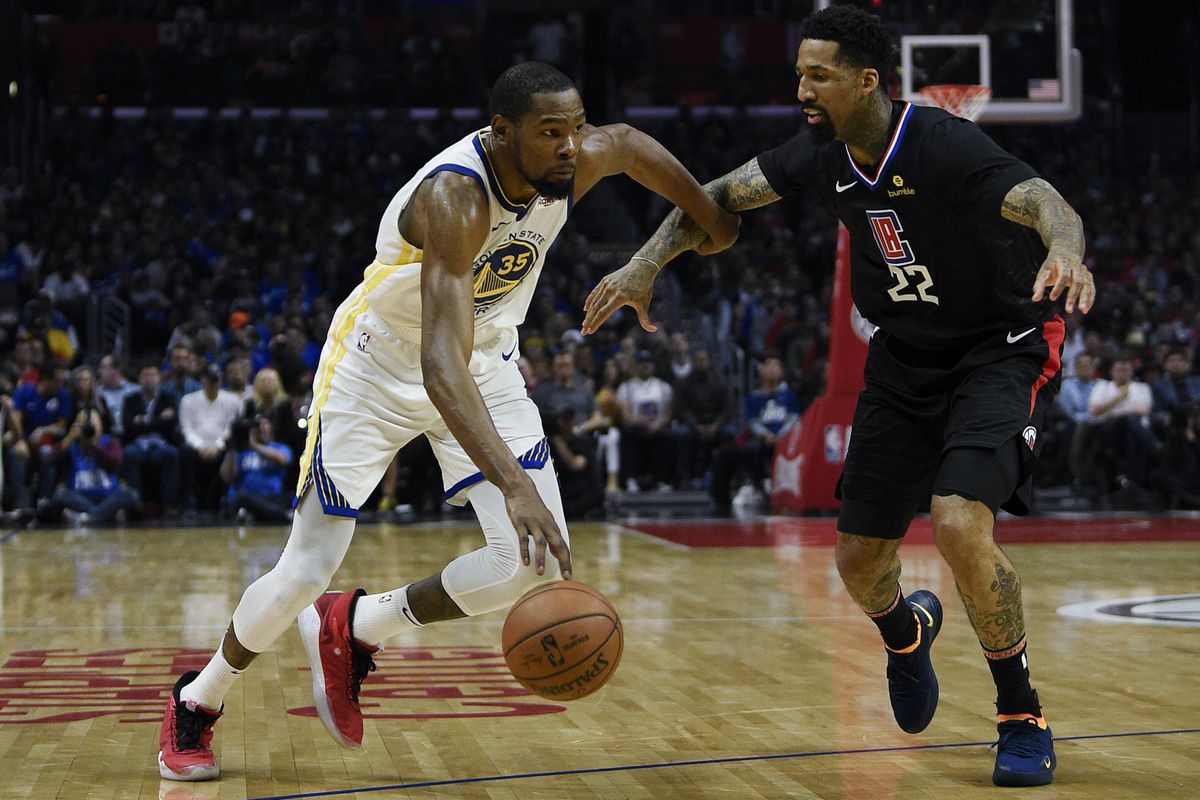 The Warriors are unstoppable… when healthy

The Nuggets aren’t ready for primetime

The Nuggets had a large amount of sceptics going into the Playoffs who questioned the Nuggets’ youth and lack of an elite perimeter playmaker. In Game 1, the Nuggets proved those sceptics correct. Denver’s inexperience in the Playoffs has clearly shown in this series, as Nikola Jokic has tended to become extremely passive down the stretch. His teammates haven’t provided much help either as one starter outside of Nikola Jokic is shooting higher than 43% from the field. The Nuggets may have pulled off a monstrous comeback in Game 2, but that came mostly as a product of the Spurs getting just 23 points from a bench that ranks top ten in the NBA in bench scoring. Mike Malone’s Nuggets are still a promising young team with whirlwinds of maddening potential, but this team has a lot of kinks to work out, there is still hope for the future as the Nuggets’ fresh core has many years ahead of them, but now, they find themselves in a dog fight with the upset-minded San Antonio Spurs.

Coach Pop should be known as the undisputed GOAT

With the Spurs’ Game 1 win in Denver on Saturday night, Coach Gregg Charles Popovich became the NBA’s all time leader in coaching wins, and he did it in typical Spurs’ fashion. Role players, namely sophomore Derrick White, stepped up when needed; the scoring was extremely balanced, nobody scored more than 20 points for the Spurs; and each shot was taken deliberately, with the Spurs boasting an impressive team TS% of 55.0%. After the Spurs victory and Pop’s usurpation of Lenny Wilkens as the NBA’s winningest coach, it becomes hard to make a case against Pop as the GOAT. 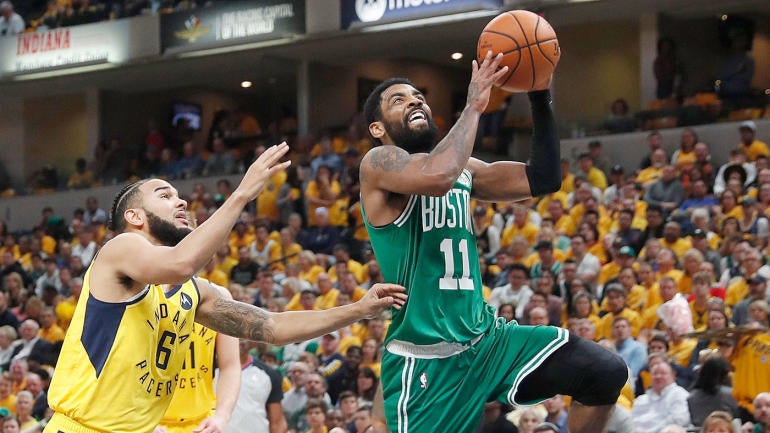 Despite the Celtics struggles, the short handed Pacers are no match for the Celtics

Going into this season, people were already touting the Boston Celtics as the team that can dethrone the Golden State Warriors’ throne. But after a rocky regular season that saw them lose the most games in a season (33) since before they traded Isaiah Thomas in 2016, those aspirations seemed far-fetched. The Celtics floundered around all season long, looking for a stable rotation and and semblance of stability. Players got injured, Kyrie got flustered on multiple occasions, and I even heard one person call for Brad Stevens to be fired. The Pacers on the other hand, went under the radar as a legitimate threat in the East, that was at least until Victor Oladipo suffered a brutal knee injury which ended his season. The Pacers ended the regular season in bit of a slump as they dropped seven out of their last ten games. Now, the starless Indiana Pacers get to square off against what is possibly the most talented team in the league from top to bottom. The Celtics should cruise to the second round, even after watching their ugly Game 1 win in Boston, which allows them to adjust to the shortened Playoff rotation and finally get their act together.

The Thunder are still lost

Before the All-Star break, Paul George looked like a top 5 player in the NBA, he was defending all positions, knocking down clutch shots, and actually winning a good amount of basketball games (something the Thunder haven’t done nearly enough of in their post-Durant era). Since then, the well on George’s silky smooth and wet jumper has ran dry, shooting an abysmal 40% from the field, a number that’s lower than his pre-ASG 3FG%. When you compound that with Westbrook’s sudden increase in usage, a usage that is predictably inefficient, you can start to see why the Thunder have posted a losing record since the All-Star break, and why they are still struggling to return to their pre-All Star form.

The Trail Blazers can survive without Jusuf Nurkic

The Trail Blazers’ trash talking, infamous big man went down with a season ending injury late this season, and while some might have been happy in their own twisted way that he wouldn’t have a platform to talk off of, the Blazers had to chase a Playoff run without their best inside scorer and defender. While the Thunder so far have been absolutely hideous in their efficiency through 2 games, the Blazers have shown that they can put forth a respectable and threatening roster without Nurkic, this is especially encouraging once you consider that the Thunder have Steven Adams, the league’s 2nd best offensive rebounder.

Defensive fundamentals go out the window against James Harden

You have most likely seen the clip of Jazz guard Ricky Rubio playing defense against James Harden by staying almost directly behind Harden. While this was most people’s first exposure to this unorthodox strategy, a lot of fans will be able to recognize this strategy from the time the Rockets faced off against the Bucks later in the season. For the most part, this strategy worked for the Bucks, they completely prevented Harden from driving to his left, where he’s able to throw up a quick floater going down the lane, all while taking away his ghastly travel of a stepback. This peculiar strategy is a testimate to just how different of a play Harden is. If you guarded any other player in the world like this, they would simply take one dribble with their off hand and shoot a mid range jumper, but not Harden, whose obsession with shot selection mathematical perfection usually comes at the cost of any semblance of entertainment or game planning.

The Jazz just can’t do it again

I will bet any person my entire life’s work that the Jazz will not make it past Game 5 in this series. The Rockets simply have a boatload’s worth more of firepower and talent. While Donovan Mitchell is a fantastic player and intriguing young star, he has shown this entire season that he just isn’t the player he was last year when he miraculously led the Jazz past the first round. It is crystal clear that the Jazz lack the fire power in the backcourt to contend with the Houston Rockets.

I’m going to make this one brief, the Pistons don’t deserve to be in the Playoffs, the NBA should just give the Bucks a first round bye instead of subjecting us to the slaughtering that will occur when the Griffin-less Pistons take a swing at the NBA’s best regular season team. Why couldn’t have the Pistons lost a few more games and allowed the Heat and D-Wade into the Playoffs for one last victory lap?

The Giannis Playoff train has finally arrived, and there is no stopping it. Giannis was simply unstoppable in Game 1, posting 24p/17r/4a in just twenty three minutes, topping off this Chamberlain-esque performance with an in game freethrow line dunk. If Giannis’ is able to consistently put up his averages in the Playoffs, the Bucks have a ticket to the Finals, but if Giannis starts taking over and bullying people like he was for stretches of Game 1, the Bucks might just be the Championship favorites against the Boogie-less Warriors.