By Harris Hicks: What a difference the month of March makes! Just a month ago, the Ducks were just 15-12 coming off three straight double digit losses and the NCAA Tournament seemed like a complete fantasy. Now, a month later, Dana Altman has his Oregon Ducks on a eight game win streak, while also suppressing their opponents by an average of 17.8 points per game in their last eight games. But If there is anything the first seventeen days of March has taught us, it’s been to expect the unexpected. A month, nobody would’ve expected an Oregon team just over .500 on a 3 game losing streak to be crowned a power 6 champion. Nobody would’ve expected a 11 loss Saint Mary’s team who got beat by nearly 50 points against Gonzaga in February to avenge their previous beatdown and manhandle the mighty Zags by double digits. However, as the Ducks and Gaels slide into the NCAA Tournament picture as an auto bid, more team’s on the bubble have their bubbles bursted into emptiness.

So which type of team will burst is the question. Will a 14-16 loss power 6 conference team like Alabama, Indiana, Ohio State or Texas get left out? Or will it be a mid major in a weaker conference with a lot of wins to show for like Belmont, Furman, Lipscomb or UNC Greensboro? At the beginning of the season, nobody would’ve been able to tell you that a 16 loss team actually had a shot at getting into the tournament. But here we are ladies and gentlemen, at the christmas of college basketball, Selection Sunday, and there’s just three thing college basketball teams on the bubble can do, sit back, watch the madness of march, and hope. Without farther a due, here is your third and final edition of bracketology. 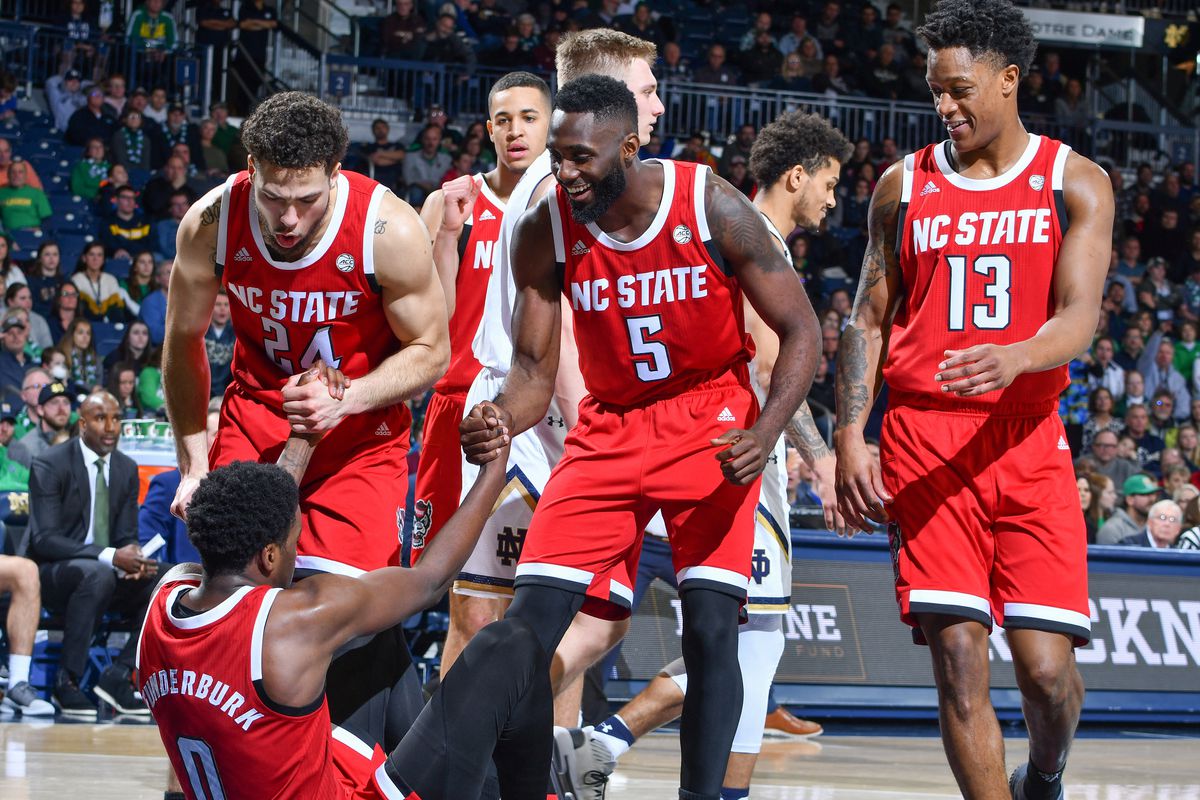 It’s been a rollercoaster ride for the Wolf Pack faithful. They started out the season on a promising 13-1 start, but ever since that electric start, the Wolfpack have hit a downward slope. They gave up a terrible loss against arguably the worst team in the ACC, Wake Forest, they scored just 24 points in a game against Virginia Tech on just nine made field goals, and they also lost to heavily sub-par teams Boston College and Georgia Tech. They also ended the season on a terrible note by getting absolutely demolished by over 20 in the hands of Virginia.

But despite being just 9-11 in their last 20 games, and having just two wins against current NCAA Tournament teams, the numbers are on the Wolf Pack’s side. NC State is the only bubble team to sit in the top 40 in NET, BPI, SOR and KenPom. They also possess a double digit point differential, and thanks to the weakness of the bubble and the metrics, the Wolf Pack are most likely going dancing for the second straight season.

Consistency among the four big metrics is something that TCU possesses. They are just the only bubble team listed to rank in the top 51 in NET, BPI, SOR and KenPom while also having over 5 Quad 1 wins. They are also the only team listed on the bubble to get at least 20 wins against a top 45 schedule.

However, even with the strong numbers, the Horned Frogs have their fair some holes. For starters they did absolutely nothing in their conference tournament except lose by nearly double digits in the first round, They also ended the season stone cold losing seven of their ten games. The Horned Frogs are able to slide in the tournament on thin ice thanks to the consistency among the numbers.

The easy argument for Belmont to get in could be their strength of record, they have 26 wins and 5 losses, simple as that. But there are even more specifics to Belmont’s tournament worthy resume. They beat their opponents by an average of 13.5 points per game, which is more than Michigan St, Michigan and Kentucky among many others. They rank top 50 in three of the four metrics and they have no bad losses. Keep in mind, the loss against Green Bay, 3 of their top 4 scorers were injured, and the rest of their losses were against at least Quad 2 teams.

Out of all of these bubble teams listed, the Bruins occupy the highest win percentage, the highest point differential, the highest conference record win percentage, and the second highest strength of record. The results of Belmont’s wins and limited amount losses along the strength in numbers of their metrics scream NCAA Tournament worthy resume, which is why they should and will hear their named called on Sunday. Of all of the teams in the last 4 In and First 4 Out, Arizona State is the only team to have a winning record against Quad 1 opponents (5-3). They possess elite caliber wins like Kansas, Mississippi St, Utah St and Washington among many others. However, the metrics aren’t as high on Arizona St as most would expect. Of all of the At Large teams in the field, the Sun Devils have by far the lowest NET rating.

None the less, Arizona St carries a strong 22-10 record in a power 6 conference. I can agree their net rating is low, but keep in mind they got in last year with the lowest RPI of any at large bid ever (67th). They carry a solid slate of quality wins and a strong record which will most likely allow them to shift into the tournament for the second consecutive season.

Others in the bubble: Lipscomb, Saint John’s