Lecrae is an enigma in the rap game today. Numbers wise, he’s a platinum-selling artist with multiple hit songs under his belt. His 2014 album “Anomaly” became the #1 album in the entire world for a week. He currently holds more monthly listeners on Spotify than artists like Skepta, Denzel Curry, and he even has double the listeners of MF DOOM.

However, as far as recognition and respect within the mainstream hip-hop community is concerned, he’s a complete nobody. Most people haven’t even heard of him.

The primary reason why this problem exists isn’t the quality of his past music or his lack of a major label endorsement- it’s his status as a “Christian rapper” that has held him back.

Being labeled a Christian rapper causes many normal consumers of rap music to steer clear of his music for fear of it being preachy, bad, or just plain corny. Most people have the perception that Christian rap is created for Christians to listen to and feel good that they “chose the right religion” like most traditional Christian media is (I’m looking at you God’s Not Dead). As a result of these fears held by most people, the people who primarily listen to Lecrae and propel him to the top of so many charts are preexisting Christians, not because Lecrae creates music that specifically panders towards that audience, but because those were the people who weren’t turned off by the stereotypes of a “Christian rapper”.

While, like I said, many are worried that Lecrae’s music is just like most Christian media, what they fail to understand is that Lecrae does not fill any of the stereotypes of a corny Christian rapper like Toby Mac or the now deceased D-Boy Rodriguez (R.I.P.).

Lecrae has also begun branching out and collaborating with mainstream artists who would normally never be associated with Christianity- people like Ty Dolla $ign, Waka Flocka Flame, and now Zaytoven. 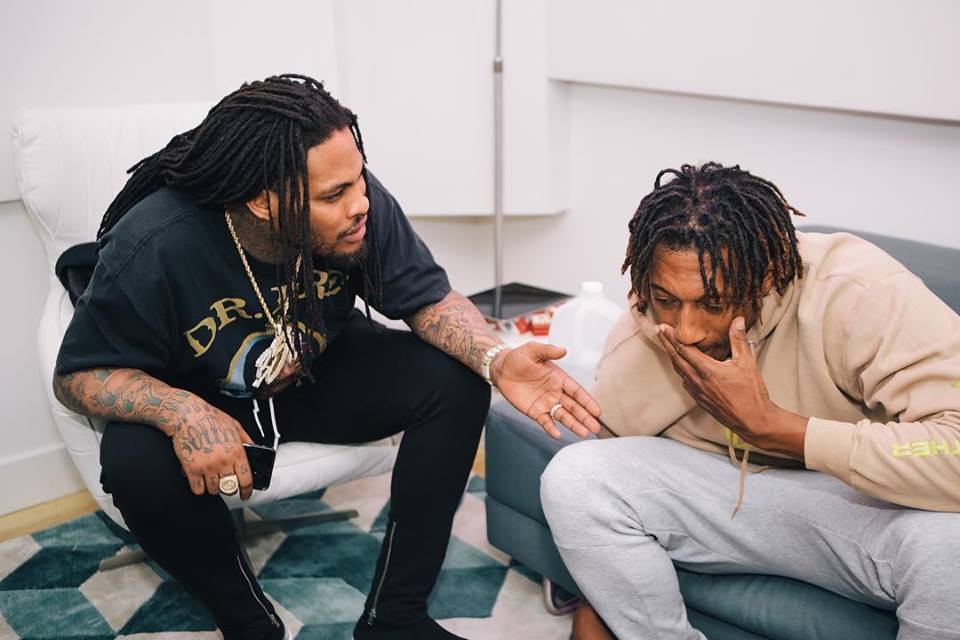 Lecrae’s latest album “Let The Trap Say Amen” is yet another attempt by Lecrae to escape the belief amongst traditional rap fans that he is a Christian rapper. In order to further cement himself as “just a normal rapper”, Lecrae teamed up with legendary Atlanta super producer and longtime Gucci Mane collaborator, Zaytoven.

This album begins with the lead single “Get Back Right” which features an incredibly basic Zaytoven beat that main lights all of the usual drums and high hats that he’s been using for a decade and a half… which isn’t necessarily a bad thing. What is bad on this track is Lecrae’s delivery, which is far more mumbly and exhausted than his usually passionate and animated voice. Sadly, Lecrae drags this drowsy and tired delivery with him across this entire project, and the more you hear it, the more you just want to turn the music off and take a nap.

Truthfully, “Dragged across the whole album” is really the phrase that could be repeated incessantly throughout this review. While the subject matter and messages change from track to track, sonically, this album stays exactly the same from beginning to end. If I met someone who had never heard a Zaytoven beat in their entire life, I would show him this album, because the beats that Zaytoven gave Lecrae are the most cookie-cutter, piano-filled Zaytoven tracks that I have ever heard.

This repetition of sound may be a good thing if Zaytoven’s sound was fresh and unique, but because Zaytoven’s classic piano proliferated, high hatted heavy sound was copied to the Moon and back during the mid to late 2000s, it sounds antiquated and old. There is nothing in the realm of sound that is refreshing and interesting on this album.

This auditory fatigue I experienced while listening to this album is a real shame too because Lecrae does pen some really fantastic verses on this record. One standout song that Lecrae really went hard on was the song “2 Sides Of The Game”, wherein Lecrae talks about the glorification of drug money, how no amount of money is worth years of jail away from your loved ones, and conversely; how unjust and over the top prison sentences aren’t an excuse to keep dealing drugs. 2 Sides Of The Game also features a surprisingly solid verse out of Waka Flocka Flame. However, this solid Flocka verse is by far the best feature on this album.

Zaytoven has some vocal features on this album, which can all be summed up with the syllable “meh”. Nashville rapper nobigdyl. has a feature on this album as well where his voice is indistinguishable from the voice of Canada rapper NAV’s.

You could scramble and jumble up the tracklisting of this album, and your listening experience would remain unchanged.

While Lecrae does his best to write great verses over the course of this album, the constant repetition of the same idea slowly withers your patience away until you just want to listen to something more refreshing and new.