It’s now been almost fourteen years since the death of baseball in Montréal, but for native Montrealers like myself, it seems like an eternity since the Expos bid us their final adieu.

A snake-bitten franchise since their inception, the Expos never reached the World Series, seldom qualified for the playoffs, and struggled to find stable ownership for the majority of their existence. Despite their losing ways, the team endeared itself to many fans over the years and introduced people across the province of Quebec to baseball. If not for the Expos, the 2003 Cy Young Award Winner, Éric Gagné, and current Toronto Blue Jays catcher, Russell Martin, would have likely grown up playing hockey instead of baseball. The Expos’ win totals may not have been impressive, but their influence certainly was.

The Expos began as an expansion team in 1968 when the National League decided to add two new cities for the 1969 season. They were named the Expos in reference to the 1967 World Expo hosted by Montréal, an idea proposed by Jean Drapeau, the city’s mayor at the time. The team won only 52 games in their inaugural season, and their home games at Parc Jarry were sparsely attended. The park was not built to accommodate baseball, and negotiations to build a new stadium for the team stalled until Montréal was awarded the Olympics in 1976 when the city finally agreed to build an arena suitable for baseball.

The Expos began to play at the Stade Olympique de Montréal in 1977, and the results in the stands and on the diamond improved almost immediately. In 1979, Montréal had its first winning season, led by their first true star player in Rusty Staub. They narrowly missed the playoffs that year but looked like a future contender. After missing the postseason the following year, they rebounded by winning their division in 1981 and reaching the National League championship. Despite managing just one win in that series against the Dodgers, Montréal seemed like a team on the rise.

Unfortunately, the Expos were never able to match that success in the years that followed, missing the playoffs for twelve consecutive seasons. The attendance began to suffer once again, and the team switched owners several times during that stretch. In 1994, however, things were off to a great start, as the Expos had a 74-40 record on August 12. Subsequently, a players strike occurred and the season was canceled. The players strike crippled the Expos, who were on the verge of making the postseason for the first time in over a decade, and deprived them of desperately needed money from ticket sales and television revenues, among other things. Owner Claude Brochu was forced to trade the team’s best players, and the Expos’ playoff drought continued.

To make matters worse, La Stade Olympique was falling into disrepair, and Brochu had to negotiate a deal to build a new ballpark with Québec’s provincial government. Those negotiations fell to pieces when the Government of Québec categorically refused to use public money for the construction of the new stadium, as they had done just years earlier with the NHL’s Quebec Nordiques, who moved to Colorado after the 1994-1995 season.

When the negotiations fell apart, Brochu attempted to save the Expos by selling them to American art dealer Jeffrey Loria. Loria was expected to build a new stadium in Montréal and provide English broadcasts for games, but fell short on all of his promises and sold the team to Major League Baseball for $120 million. Instead of re-negotiating with the provincial government, Major League Baseball announced that they planned to move the team. Despite the performance of star outfielder Vladimir Guerrero, and a surprising 83 win season in 2002, the end seemed near.

In 2003, the Expos were forced by Major League Baseball to play 22 home games in Puerto Rico, since their games at La Stade Olympique were so poorly attended. Vladimir Guerrero signed with the Angels following that season, and with him went any hope of the Expos staying in Montréal. The 2004 season was miserable and would end up being the team’s last. On September 29, the Expos played their final game in Montréal in front of a large crowd at La Stade Olympique. Later that same day, Major League Baseball announced that the team would be moved to Washington. Four days later, the franchise played their last game, an 8-1 loss to the Mets at Shea Stadium, the site of their inaugural game in 1969. On December 3rd, the MLB owners committee officially approved the move of the team. The Expos were gone.

Since then, baseball fans in Québec have been left to wonder what could have been. Many disgruntled fans point the finger at Loria, but a struggling Canadian Dollar, poor attendance, and a twenty-three-year playoff drought also played a vital part in the Expos’ demise. In the end, it just wasn’t meant to be.

Although the MLB isn’t likely to return to Québec, some Montrealers are convinced that the city can still sustain a professional baseball franchise. Current Montréal mayor, Valérie Plante, has stated publicly that the Stade Olympique, which hosted a few exhibition games for MLB in recent years, is still a suitable arena for a professional baseball team. 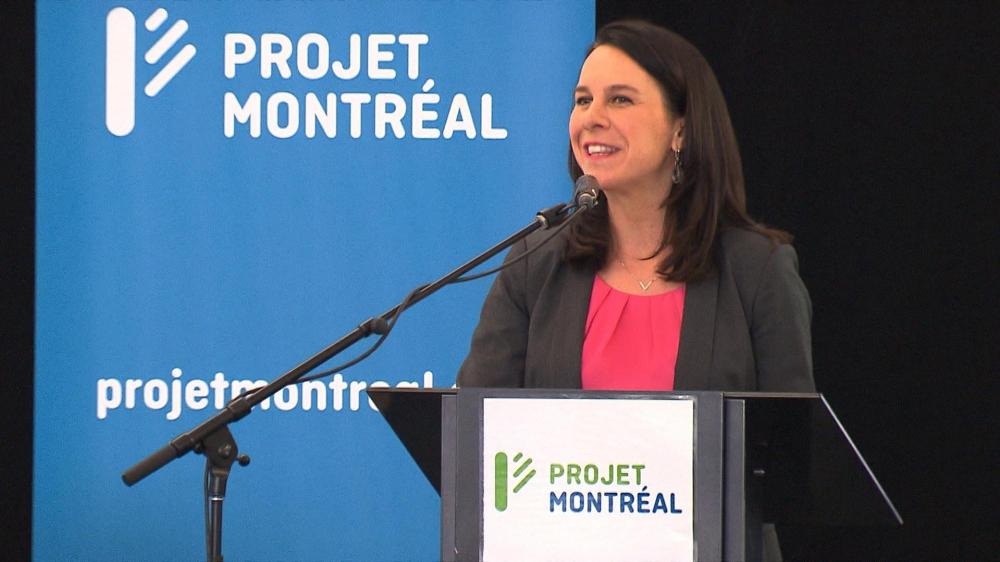 However, Mayoress Plante is dead wrong. The stadium would need to be completely redone, and the current roof replaced with a retractable one. Given that the famous Tour de Montréal, which houses businesses, holds up the roof with a cable system, there is absolutely zero possibility of fitting the stadium with a retractable dome. Furthermore, the city would likely need to revitalize the aging Hochelaga-Maisonneuve district in which the stadium is located in order to have any chance at good attendance. The working-class neighborhood has become run-down, and prospective fans would likely be reluctant to travel there for games.

The likelihood of Québec’s government financing those necessities, or an entirely new arena meeting MLB’s requirements, is minuscule. Even if Philippe Couillard and his Liberal Party lose the upcoming general elections, it is very unlikely that either Jean François Lisée and the Parti Québécois or the controversial Coalition Avenir Québec party would agree to fund any of the aforementioned propositions. Although Québec’s economy is doing relatively well at the moment considering the state of the Canadian Dollar, the improvements needed to make Montréal suitable for Major League Baseball would simply be too expensive for the city or the province.

For their part, MLB has not indicated in any interest in expanding to Montréal, and the city still has not officially placed any bids for a franchise. Despite Valérie Plante’s enthusiasm, the reality remains that Montréal is all but finished as a baseball market. The Expos exist only as a distant memory. A symbol of a bygone era.

Although there are still a few independent minor league teams in Québec today, the future looks bleak for baseball in the province. With no professional games being played, interest has dwindled, and without a miraculous turnaround, it seems like Montréal’s window to re-establish itself as a baseball town has closed.

And it truly is a shame because, with steady ownership and a strong Canadian dollar, baseball in Montréal would have worked. There had been minor league teams in Montréal dating back to the early 1900s, and Québec’s rich baseball history makes it difficult for many people to swallow the loss of a sport they loved.

Disheartening as it is, the reality is that baseball in Montréal died on the day that MLB announced the move to Washington. The fans had known for weeks that the team was going to be moved and when the team officially left, it wasn’t “à bientot”, it was “adieu”.

Deep down, Expos fans all knew that Montréal had seen its last Major League Baseball game. Though the metropolis may host exhibition games in the future, the Expos will never come back. That much has been made clear.