Most people have heard the age-old adage “all rappers want to be ballers, and all ballers want to be rappers”. It seems that to these young and restless millionaires, there is a self-imposed semipermeable membrane between balling and bars. I mean, I won’t speak for y’all, but I know that I don’t want to see Chris Breezy and Two Chainz in a pickup game at the Y. However, for athletes, while that idea is nice in concept, in execution it’s a little more rough around the edges.

In this one-off article, I’ll be examining all of the NBA players who have attempted to make the difficult transition from elite playmakers to wannabe hit-maker.

Shaq is undoubtedly the poster child for NBA players who made a crossover (pun intended) into the realm of music, and while the transition certainly helped make him a somehow even larger pop-culture phenomenon in the 90s, his music does not hold up today.

Shaq’s first two albums, titled Shaq Diesel and Shaq-Fu: The Return, both went platinum, but those sales numbers are certainly not indicative of the quality of his music. Shaq exercised laughable attempts at wordplay and had a completely undeserved sense of cockiness on the mic. 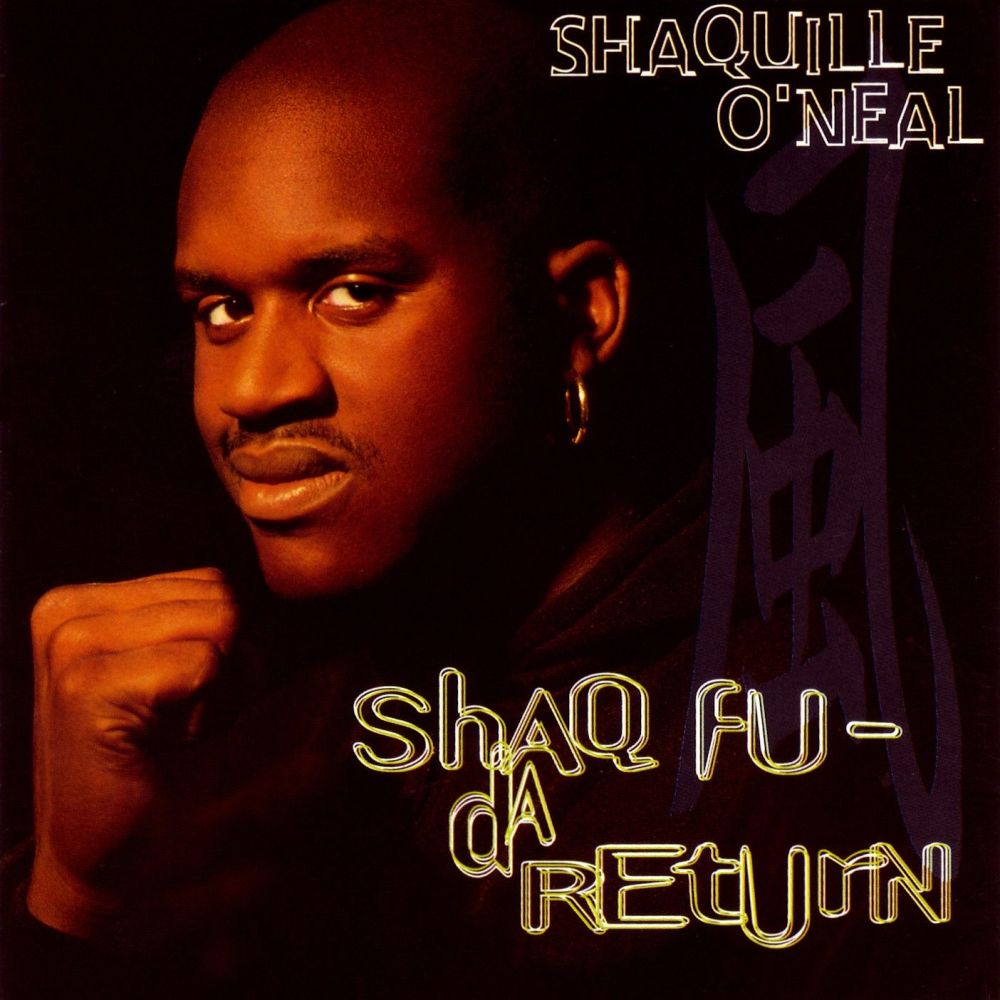 Another strange habit that Shaq had when rapping was adding random suffixes to the end of words in order to have the word rhyme with the bar proceeding it, and to have it fit in better with the flow. All in all, Shaq’s music is completely not worth a deep dive into. But hey, at least he somehow secured a feature from Biggie himself.

Some gems shouted out through Diesel’s exhaust pipe:

This what I listen to ridin’ with my moms

In speaking of overrated plays, let’s talk about Allen Iverson. Allen released a single for an upcoming album in 2000 under the moniker Jewelz. The song, titled 40 Bars, was actually really good in my opinion, but the tasteless use of anti-gay slurs caused then NBA commissioner David Stern to force Iverson to bar the release of the full album.

One part of Allen’s one song that really stuck out to me was the phenomenal production by Plex, which features a great piano riff mixed in with a simple-but-effective drum pattern that really gets the beat stuck in your head. Allen’s bars aren’t bad either, if you can look past some language that hasn’t really aged well.

The rhyme scheme and flow that Iverson utilizes on this track both sound extremely smooth and fluid in a way that sounds refined, unlike some other players on this list. The confident and cutthroat delivery that Iverson uses perfectly compliments his hard, rugged lyrics that appear on this song.

If the rest of Iverson’s music was as high quality as this song, he could have had a legitimate and successful career in music. Sadly, the sample size provided to us doesn’t allow me to call Iverson the best NBA player turned rapper ever.

A D-Rose sized what if.

Kobe is one of if not the most overrated players in the history of basketball (see Harris Hicks’ article on that subject), and on top of that, he had one forgettable guest verse on Brian Mcknight’s 1998 song Hold Me. Kobe appears extremely awkward and uncharacteristically nervous on this verse, as he uses an incredibly basic rhyme scheme as well.

His verse features a few bars about him (metaphorically) refusing to let go of a woman, which is a bit unsettling considering allegations of sexual assault that surfaced later in his career. Overall, this verse isn’t terrible, but it features absolutely no high points at all. This verse is boring.

Lonzo Ball released a series of singles and a full-length mixtape titled Born 2 Ball under the nickname Zo this year.

Leading up to the release of this 17 song mess, he went on record saying that 21 Savage was better than Nas and Jay Z, and he made a shirt of his face photoshopped onto the cover of Nas’ iconic album, Illmatic. I think this is a pretty good piece of foreshadowing for what would happen next.

Born 2 Ball was a barrage of basic triplet flows, amazingly repetitive hooks, and the most generic trap beats you’ll ever hear in your entire life. Lonzo’s friends, DC THE DON and Kenneth Paige, both have a myriad of features that range from garbage to sub-par as well. Furthermore, Lonzo’s voice and delivery do not at all mix with the auto-tune that Lonzo sometimes used for his bars.

Born 2 Ball sounds like something that a group of high school friends would do if they had access to a recording studio, which is exactly what this album is. Mix all of this with a hearty dose of the Ball Family’s signature product placement, and you get an album that nobody wanted to listen to outside of maybe Kyle Kuzma.

The attention that Marvin has recently been receiving for his music is what inspired me to write this whole article in the first place. I have seen multiple major news outlets reporting on how Marvin is “making it look easy” and how he is “expressing himself through music”.

I’m here to tell you that Marvin’s music is mediocre at best, but most of all, it’s unoriginal. Marvin’s 2018 mixtape “Don’t Blink” featured absolutely nothing that would set him apart from anybody in the music industry. Marvin has little to no presence or personality when he’s rapping and I receive no insight into what Marvin is like through how he raps. Bagley dons a monotone, unchanging, and emotionless delivery, which prevents the listener from being engaged with anything he may happen to say because his cadence never changes.

At least Shaq was campy and corny when he rapped, which fits his fun, outgoing personality pretty well, but Marvin communicates no emotion whatsoever through his voice in his music. Marvin has a whopping 6 tracks on his Soundcloud, and I don’t recommend any of them.

Lillard, or Dame Dolla, is the undeniable king of NBA rap. Damian first came on the NBA-players-turned-rapper scene when he began the worldwide phenomenon of #4barfriday. The series, which consists of random people submitting their short verses to the hashtag 4barfriday on Instagram, began at the start of the 2013-14 NBA summer, and it continues to this day.

Damian road that momentum when he went on the legendary hip-hop radio show Sway in the Morning and spat a surprisingly great freestyle about his come up in Oakland (a notable bar: “Look I mean it when I say it, we started from the bottom/ childhood friends dropping like leaves when it’s autumn”). 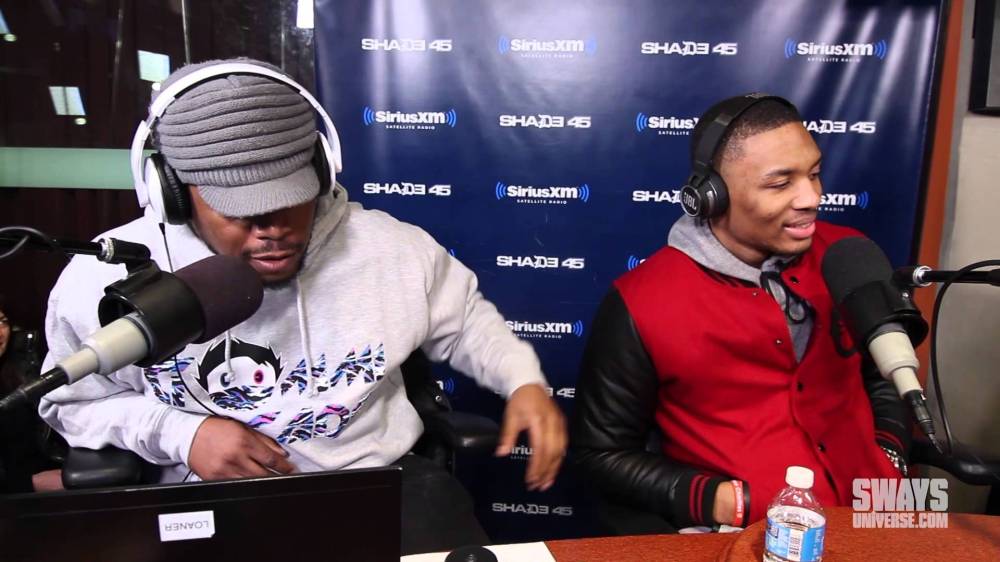 Today, Damian continues his hot streak of musical success by releasing the album The Letter O, which included a freakishly phenomenal feature from hip-hop legend Lil Wayne. Damian’s storytelling hangs so high above his NBA peers that it’s more fair to compare him to legitimate rappers who do this for a living.

The one and only negative caveat that I have for Damian’s music is that I would have to knock him for is his beat selection. Damian’s beats are subpar and have no unique aspect to them, but Damian himself is head and shoulders above any NBA player who has breathed near a mic.