“Jay Rock showcases all of the skills that propelled him to his current status, but he still struggles to display any kind of uniqueness from his counterparts”

Jay Rock’s career is in a peculiar state. He’s signed to one of the most well respected and critically acclaimed labels in the music industry, Top Dawg Entertainment- a label that features artists like Kendrick Lamar, SZA, and Schoolboy Q. As a result, Jay gets to reap the benefits of being a frequent collaborator of Kendrick Lamar, one of the best recording artists of this millennium. Conversely, he also has to live in Kendrick’s shadow as “just another TDE artist” and be seen as just another one of Kendrick’s sidekicks instead of an artist of his own.

There is a precedent for what Jay is trying to do as Schoolboy Q, another large artist on the TDE label, has escaped out from the shade of Kendrick’s shadow by making unique, creative projects that are heavily complemented by his nasally, raspy voice and upbeat, uptempo demeanor. However, unlike Q, while Jay has definitely displayed all of the skills of an above average rapper, he doesn’t have any popping uniqueness about him that would set him apart from his peers in the rap industry.

His 2015 album, 90059, made it extremely apparent that he was attempting to experiment with sounds that would set himself apart from his TDE peers.

Unfortunately, in truth, Jay just came off as an above average rapper that was rapping over half-cocked layered and experimental beats. Although there was potential, there was clearly unfinished construction regarding the integration of the sound and himself. It just didn’t quite fit him.

This narrative may be changing with his most recent album, Redemption, in which Jay seems to be closer to setting himself apart by marrying personal and emotional stories while being very open and vulnerable with upbeat and braggadocious songs.

The album opens with the song “Bloodiest”, a song that features an 808 heavy beat with a high-pitched, eerie sample that creates a feeling of uncertainty and danger before Jay Rock even says a word. Jay’s lyrics in this track describe his life in the streets before fame. The dark, desperate imagery Jay used to illustrate his mindset back then helps show why he would turn to robbing to make ends meet.

Jay also displays some clever uses of wordplay to further elaborate upon the environment he grew up in “Evil tapping in like the Feds was watching”. This track sets the tone for the rest of the album, it also serves as exposition for the other internal struggles that Jay explores on this album. The very next track, “For What It’s Worth”, dives into the moral struggles that he encountered during his past life. Jay speaks of the conflict of interests that Jay has. Jay wants to make money to make a better life for his family as fast as possible, but he struggles to not act violently towards others. The track details how the path he has chosen has led to a scenario where he can either choose to not kill someone, and risk being killed by that same person in retaliation, or face the guilt and jail time of murdering them. 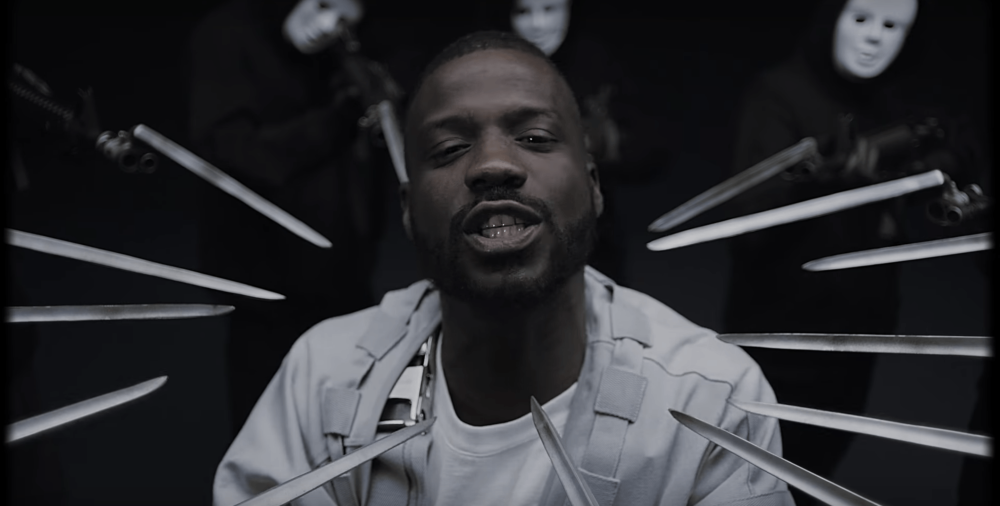 Tracks like Bloodiest and For What It’s Worth display the skill that Jay has in telling a story through vivid imagery and dialogue, a skill that he takes advantage of on other tracks like OSOM (which features an extremely rare J Cole guest verse) and Broke+-. Sadly it’s a strength he doesn’t play to enough on this album.

While Jay Rock is a very proficient storyteller when he has a concept or story he wants to express in his music, he struggles to fill a song when he isn’t laser focussed upon a specific topic. Jay Rock, for a lack of a better term, isn’t good at rapping about nothing. Great lyricists like MF DOOM and Earl Sweatshirt are able to fill quatrains or even whole verses by talking about close to nothing but doing it in a way that sounds amazing through tightly woven rhyme schemes and clever lyricism.

Jay Rock struggles to fill a song when he doesn’t have a precise idea. This struggle results in a heavy reliance upon repetition and hip-hop tropes. Songs like Rotation 112th, where he says the word “rotation” 30 times in 54 lines, highlight this fact. Almost every song on this album has at least one example of heavy reliance on repetition. Don’t get me wrong, repetition isn’t inherently a negative thing. Artists like Playboi Carti and Travis Scott prove it as they use repetition to make a song more catchy or to reinforce a vibe. But in Jay Rock’s case, it just comes off as lazy.

The appeal of a Jay Rock song isn’t the catchiness of his music or the feelings you derive from his music, it’s the gritty and tough song of his music mixed in with his vivid storytelling. This makes it counterproductive for him to use a literary device that would reinforce none of those themes.

While the song Tap Out does get stuck in your head (mostly thanks to Jeremih’s fantastic vocal performance), it sounds out of place on this album when it sits right next to the song OSOM. This same phenomenon occurs on the title song, Redemption, a powerful, passionate song about his human and religious trials that followed a near-fatal motorcycle crash in 2016. However, the tone of this song feels very out of place considering that it comes directly after Wow Freestyle and just before WIN, which may be the worst song on this album as a result of its laughably basic lyrics and rhyme scheme that do no favors to Jay’s out of breath, but relentless screaming delivery.

At the beginning of this article, I talked about Jay Rock’s identity within the TDE label. I said that this album was another chance to escape from Kendrick Lamar’s shadow, a fact that Jay Rock seems to recognize himself. Repeatedly, Jay has avoided stacking his work up with Lamar. On the King’s Dead album cut, they completely cut out Kendrick’s amazing verse after the beat switch, yet they still left in Future’s “so-bad-that-it’s-good” verse that features the worst singing I have ever heard in any genre of music. Furthermore, although Kendrick does get a verse in this album on the song “Wow Freestyle”, it sounds uncharacteristically amateurish and basic for a Kendrick Lamar verse, which is almost certainly a result of it being a freestyle.

All in all, this album is inconsistent and average, which is a shame considering Jay Rock’s very obvious skill as a rapper. If Jay could put together where he sticks to what he is good at- that being conceptual and story-driven songs- he has the potential to make a classic. Sadly, this album is not that, and this album’s strange mixture of tones, textures, and themes leads to a lack of cohesion that makes it a confusing listen from beginning to end. The momentum that Jay builds up with fantastic and stunning songs like OSOM and Redemption is completely negated by wannabe party songs like WIN and Knock It Off.