For the fourth consecutive year, LeBron James has dragged his beleaguered Cleveland Cavaliers to the NBA Finals. Waiting on the other side: a chance to once again face the almighty Golden State Warriors. For all of you Marvel fans out there, this is a lot like Infinity War. It’s the Avengers (Golden State Warriors) against Thanos (LeBron James).

How They Got Here

The Warriors are coming into this title bout on the heels of a closely fought series against the Houston Rockets. It seemed as if Golden State may actually be on the ropes after the Chris Paul’s takeover in the fourth quarter of game five, but after CP3’s tragic hamstring injury in the dying moments of that game, the Warriors absolutely demolished the Rockets in the remaining two contests. They won games 6 and 7 by a combined 38 points!

Similarly, the Cavaliers may have ended up catching a break as well in the East. On the doorstep of the finals sat a wounded Celtics team, vacant of two former All-Stars in Kyrie Irving and Gordon Hayward. Subsequently, the doorway opened for then Cavaliers, fueled by LeBron James’s historic performance, to outlast the shorthanded C’s in a seven-game bloodbath in which only one other Cavalier averaged double-figure scoring totals. James scored nearly a third of his team’s points to drag the Cavaliers to their fourth straight NBA Finals appearance. 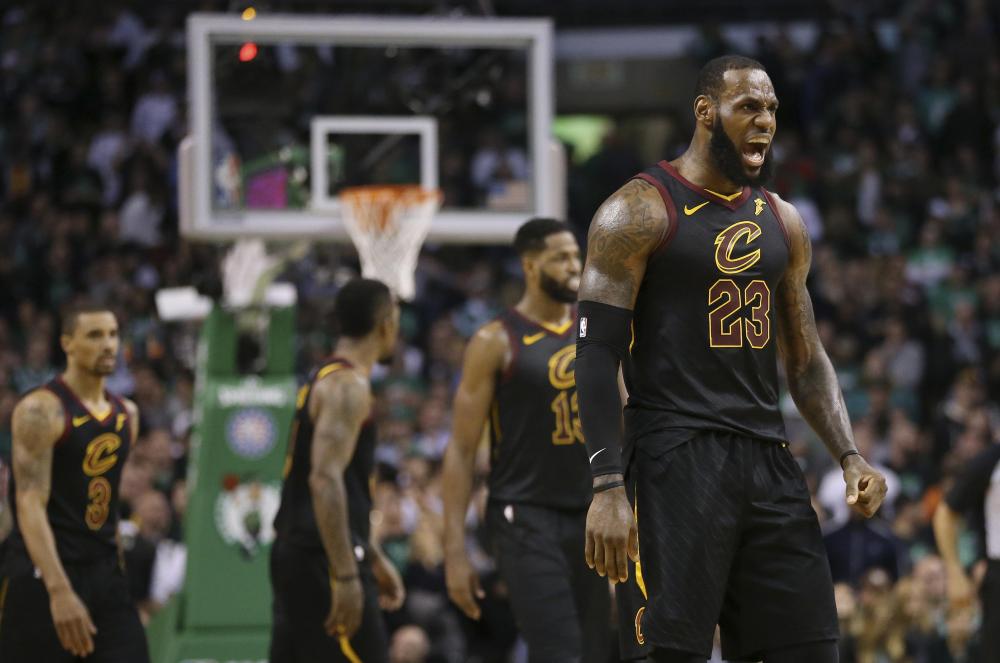 All though James is playing possibly the best basketball of his career,
he’s going to need some help to take on the defending champions.

The question is whether or not Cleveland even has someone to step up?

The answer: Maybe… I guess?

There were points in the season when the Cavaliers didn’t look like they had the legs to even reach the Finals. Even Lebron himself has been on the record doubting the Cavs chances of a return. Those doubts looked like they may come to fruition more than once, but James would not let it happen. However, LeBron will not be able to beat Golden State on his own. The question is who will help him.

There is no straightforward answer. There are a few different options.

An interesting possibility would be Larry Nance Jr. Nance has averaged a decent 11 PPG and 9 RPG per 36 minutes, but what’s most inspiring is his league-best postseason shooting percentage of 76.2%. Additionally, the advanced stats absolutely love Larry. Nance has a 20.0 PER (Player Efficiency Rating), and he has more win shares per 48 minutes than Stephen Curry and Klay Thompson. If the Cavs can play Larry Nance Jr more minutes and give him more of a featured role, I wouldn’t be surprised to see a breakout performance similar to that of Tristan Thompson in the 2015 vintage of this matchup.

Another option for the Cavs is Kevin Love. Kevin Love is a sure-fire all-star who averaged 17 PPG and 9 RPG this season. He’s a gold medalist and a former All-NBA player. But this postseason, he has been a complete shell of himself. He’s averaging 13.9 PPG on a brutal 38.8% shooting percentage. His PER is just 13.9, which is receding rapidly from his 22.4 PER mark set in this year’s regular season. On the bright side, Love is still grabbing 10 rebounds per game, and he is shooting a decent 35% from 3 point range.

However, in order to beat Golden State, Kevin Love must be more than just a spot up 3 point shooter and a rebounder. He must be the star that he once was.

Klay Thompson has been very hot and cold this postseason. There are games where he seems unguardable, and then there are nights that he seems like a liability. Against the Rockets, Klay Thompson was averaging 23.8 Points when the Warriors won, but a lackluster 13.7 PPG when the Warriors lost. In last year’s NBA Finals, in the one game the Cavs won, Klay Thompson scored just 13 points and shot an atrocious 36.4% from the field. In the first round series against the Spurs, the lone game the Warriors lost, Klay scored just 12 PPG and only made a fourth of his attempts from the floor.

The Warriors are a different team when they get Klay Thompson at his best- they might even be unbeatable -but when Klay Thompson shoots at a low percentage, they become much more vulnerable.

Another big question mark for Golden State is the health of Andre Iguodala. 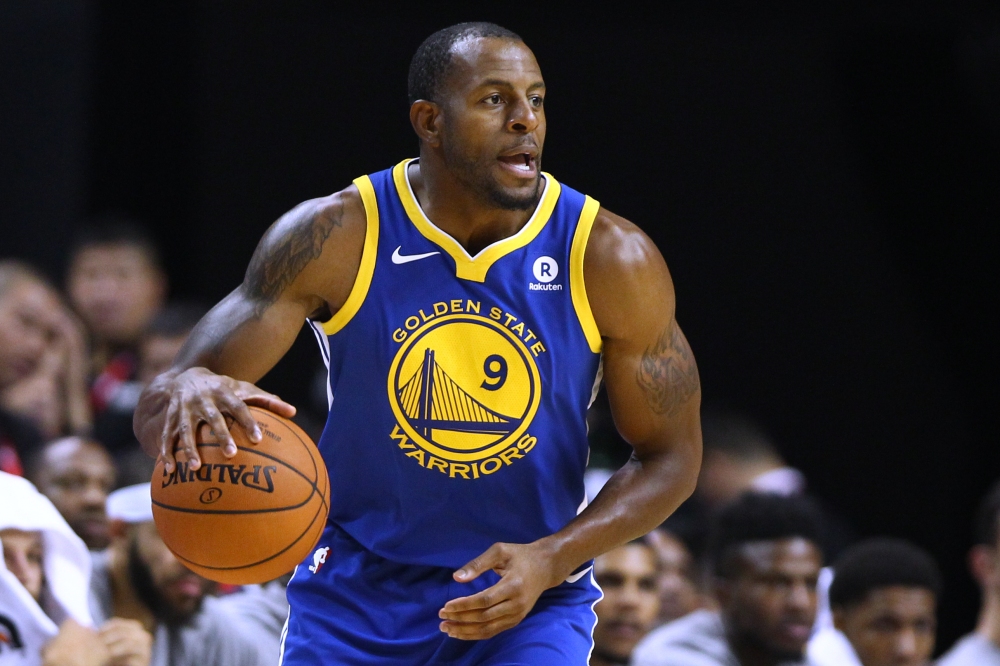 We all know how unstoppable the “Hampton Five” is. The lineup, composed of four NBA All-Stars and one of the best wing defenders in the NBA in Andre Iguodala. The not so aptly monikered lineup has rolled people since its introduction upon the commencement of this year’s post-season and Iggy is its lynchpin.

Iguodala ranks third in the NBA amongst small forwards in Real Defensive Plus Minus. Iggy can also stretch the floor as he’s shooting 35.5% from 3 this postseason. Furthermore, Iguodala has also had the duty of guarding LeBron James in these past three NBA Finals.

Iggy’s value goes way beyond the box score for these Warriors. He does all of the dirty work offensively and defensively to allow the four other All-Stars to do their thing. That’s why the Hampton Five might be the greatest lineup ever assembled in NBA History. If Iggy doesn’t play, slowing down King James becomes a stickier proposition.

Last year, Golden State’s Finals victory was driven by Stephen Curry and Kevin Durant combining for an awesome 62.0 PPG, 16.2 RPG, and 14.8 APG. The Warriors just need to keep up what they’ve been doing. Steph and KD need to continue to be themselves. Klay Thompson must be the elite, two-way wing that he has proven he can be. Last year in the finals Thompson shot 43% from three. He must be consistent. It also wouldn’t hurt if Draymond Green were to escape his shooting slump. Green shot below 20% from three against the Rockets. And even if these last two things do not happen, they may be superfluous anyway. That speaks to how great Steph and Durant are.

Last year the Warriors played only nine guys double-digit minutes, and five of them shot at least 50% from the field. If Golden State can get Steph and KD going, and the supporting cast can be even remotely efficient, it’s curtains for the King.

The task if much larger for Cleveland. This is probably the biggest challenge of LeBron’s career. We all know LeBron is going to do his thing, but in order to win, he needs much more help. Kevin Love must reincarnate the loveable, doughy player that starred in the Minnesota and chip in his normal 20 and 10. Larry Nance Jr must be played more minutes, and the Cavs must give other bigs more prominent roles.

Defensively, Cleveland must use their length to their advantage. Jeff Green will likely have the duty of guarding Kevin Durant while George Hill will have the enviable task of slowing down the game’s best ever shooter in Stephen Curry. The Cavaliers supporting cast must be consistent throughout the entire finals on both sides of the floor and in both gyms instead of just at home. It must be consistent. That hasn’t exactly been Cleveland’s forte to this point, but that is what is required of them to even have a puncher’s chance.

The Warriors heed the hallowed words of Thanos and go for the head. Dubs in six.