We are just two weeks away from Selection Sunday. After an eventful 3.5 months, we have been witness to one of the most tumultuous and unpredictable seasons in recent memory. Right now, eleven of the twenty five ranked teams were not even on the AP’s radar before the year. Some of the nation’s top squads came into the season without even being projected to finish in the top half of their conference; such as Texas Tech, Clemson, Tennessee and Houston.

Last week, seeing Missouri on the bubble seemed undeserving. But this week, the wheels fell off. The Tigers have suffered a three game losing streak that included a 21 point loss to Kentucky and an unexpected flame out against a sub RPI 100 Ole Miss team.

However, the Tigers’ body of work allows them to clamber to the edge without fully falling off the cliff. Mizzou’s RPI remains in the top 40 while their BPI and SOR sit in the top 55 which is just enough to justify their full body of work to the committee.

The Tigers close out their season with two costly games against sneaky Vanderbilt and conference rival, Arkansas. If they drop either of these game, their seat will only get hotter. 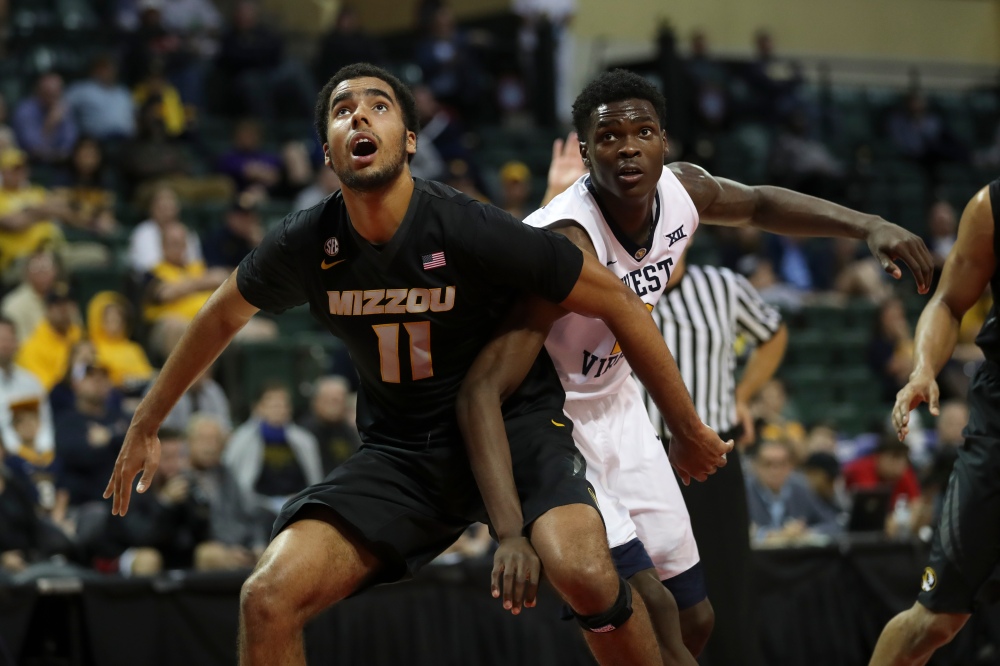 After a gritty win over Texas Tech, things were trending upward for the Bears. It looked like the Baylor had bought the clout needed to escape the bubble and lock themselves into the field for a 6th NCAA Tournament Appearance in the last eight years.

At that point, the Bears hiccuped. A two game skid with losses at the hands of TCU and West Virginia placed the Baylor right back smack-dab in the middle of the bubble race. Because of this win drought, in order for the Bears to dodge Dayton and stay out of the first four, Baylor must find a way to elevate their RPI. However, their BPI, SOR and a beefy slate of quality wins are anchoring Baylor’s tournament résumé.

Double digit wins against potentially top four seeded Tennessee and LSU had Alabama thinking they were in the clear for selection Sunday, but, like most of these bubble teams, their momentum has dissolved. The Tide are riding a three game losing streak in which two of their games were double digit losses.

The big thing that’s holding Alabama in the first four is that their RPI, BPI and SOR all sit outside the top 40. If Alabama can close the season strong against Florida and Texas A&M, you won’t see the Crimson Tide in Dayton, but for now, things aren’t looking so hot in T-Town.

The Orange tell the same sob story that the rest of these bubble teams do: a tournament body of work, but a cold slump over the last week or so. The Orange have dropped three of their last four games including a performance in which they only mustered 44 points against Duke at Cameron on Saturday. The Orange also lack a stockpile of quality wins to hang their hat on like many bubble teams this year as they have yet to record a single win against the current top six seeds.

What Cuse’ does have is a top 55 RPI, BPI and SOR- something that only Missouri boasts out of all of these bubble teams. Even better news comes with opportunity as the Orange close the season out against top four seeded, Clemson. That game could decide their tournament fate.