There are only two weeks left until the start of the NCAA Tournament and the annual debates about who’s in and who’s out are beginning to heat up. From top to bottom, the NCAA Tournament field is a complete mess. There are no clear favorites and no team has separated themselves from the pack.

This past weekend saw questions rise about Kansas after completing a regular season sweep against Baylor in Waco. This win catapulted the Jayhawks into the top spot in the Rating Percentage Index (RPI for short). The bubble race also tightened as teams such as Vanderbilt and Michigan leapt back into the tournament race with top thirty RPI wins last weekend.

All the way around, the tournament field is a maelstrom. No team has done anything to inspire the confidence that tells people they will win it all in Phoenix this April. This 2016-17 season is beginning to resemble a simpler time where cardiac Kemba and Jim Valvano reigned supreme over March. Chaos is coming people.

Here is how I see the field today:

BREAKING DOWN THE BUBBLE

You would never guess that a team hovering three games over .500 or a team that’s 0-8 against the RPI top fifty would wiggle into the bracket this march, but Wake Forest and Tennessee make strong cases. Both teams have something that the rest of the suiters in the first and next four out do not have: an elite RPI.

RPI, being the top rated metric used by the NCAA Tournament selection committee, will give the Deacons and the Vols a big advantage come selection Sunday. Regardless of this, most analysts actually have Georgia Tech, along with Marquette, and even Syracuse in the tournament over Tennessee and Wake despite the fact that all of those teams have an RPI outside the top seventy!

Even though Tennessee and Wake Forest are on extremely thin ice, their respective RPI rankings, paired with their top twenty strengths of schedule should lift them above the rest. This is what’s keeping them ahead of the march madness bubble race with teams like TCU and Kansas St nipping at their heels despite having much better records.

Another team that was able to get off the bubble this past weekend was Arkansas. At one point, the Razorbacks were squarely out of the tournament without a single victory against an AP top twenty-five opponent and and an RPI outside the top forty-five. However, the Razorbacks have turned it around and now have the thirty-third ranked RPI in the country. 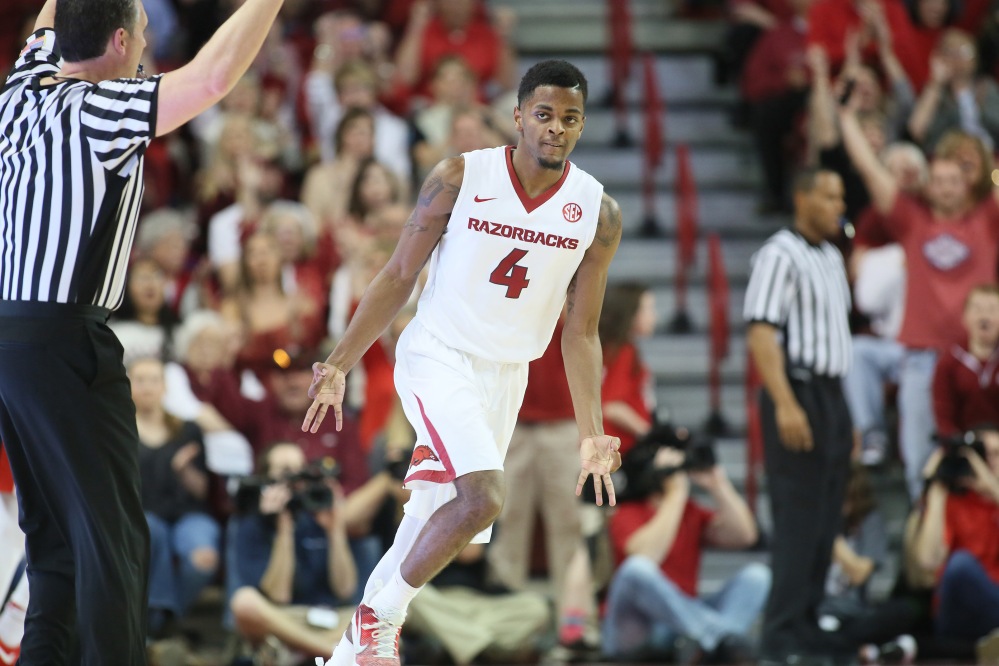 A team that took a huge fall last week was Syracuse. The Orange were finally looking like they would turn their season around but they collapsed. They fell out of the top eighty in RPI and the only thing that is keeping them in the mix is their four wins against the RPI top 50.

THE QUEST FOR THE ONE SEED

There were some major changes in the race are on the one line. The biggest shift was the fall of Baylor. Their RPI went from first to fourth after a narrow home defeat at the hands of Kansas on Saturday . I lined them up against Louisville, and due to Baylor being just 7-5 in their last 12 games, the Cardinals get the go ahead.

KU also sky-rocketed to the top spot in the RPI which gives them the number one overall seed. Gonzaga and Villanova kept their top seeds.