The NBA season is near its halfway point which means we need to start paying attention to the NBA All-Star game. The 66th annual All-Star game, taking place in New Orleans, replacing the prior venue of Charlotte, will head down to the bayou for the third time in NBA History.

With just 12 spots to fill, and so many talented players to choose from, all-star voting remains tough for fans, journalists, and players alike. However, this year has some unique sticking points to talk about.

The two MVP frontrunners, Russell Westbrook of the Thunder and James Harden of the Rockets, are battling with the two-time defending MVP and only unanimous MVP in league history, Stephen Curry, for the starting spots in the stacked West backcourt.

Of course there are also some no-brainers like LeBron James, who is currently leading in all-star voting, but not everything is so cut-and-dry.

The purpose of this article will be to preview which players I believe deserve to make it to New Orleans for the all-star game this year. Sorry Zaza, you aren’t in this article again.

The decision-making process will be based purely on personal analysis and statistics such as PPG, FG %, Assists, Rebounds and defensive categories like Blocks and Steals. The most important statistic will be PER (Player Efficiency Rating). There will be 6 backcourt and frontcourt players per conference chosen in the all-star game to keep positions balanced.

As usual, the Eastern Conference All-Star selection remains much more clear cut than the talent cluttered West. We all know that LeBron James will be on the floor at the beginning of the game, but who else will start?

At the guard spots, Kyrie Irving and Dwyane Wade would currently be the starters in the East based on early fan voting. It is clear to see why voters feel Kyrie should get the nod, but there are some things holding “Uncle Drew” back in my eyes. (Tell me why Kyrie shouldn’t start, not just that he shouldn’t).

Dwyane Wade is a legend but let’s face it. Is 19/4/4 on a team currently on the outside looking in the playoffs All-Star worthy? Alongside the backcourt, the frontcourt features LeBron James (obviously) with surprise breakout superstar, Giannis Antetkounmpo if voting closed today. The final starting spot is up for grabs between Kevin Love and Joel “The Process” Embiid. 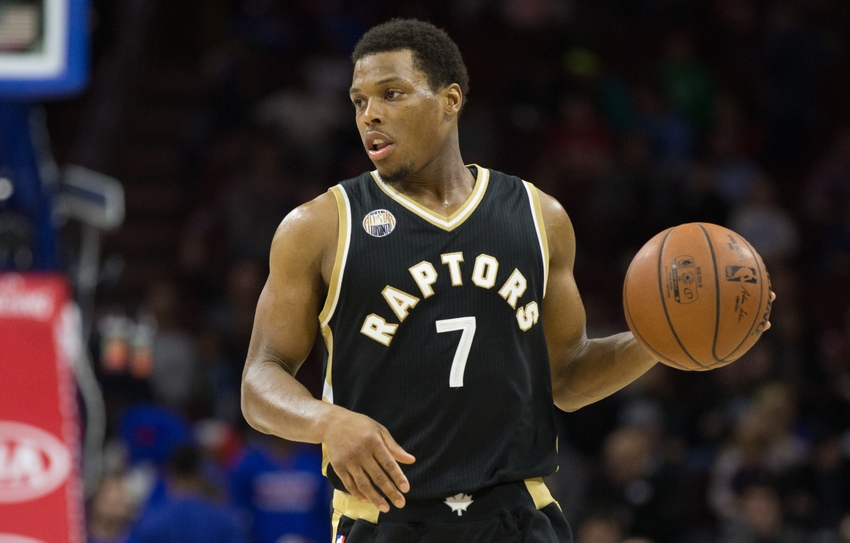 When you line up Lowry’s numbers against all the other guards in the East, he will win every time. Lowry has established himself as the best two-way guard in the entire Eastern Conference. His ability to guard against his position on the defensive end has been superb. On the other side of the ball, Lowry has been a bonafide superstar.

He’s averaging an elite 22.2 PPG while shooting an efficient 48% from the field. He is also averaging 7.2 APG which ranks top 10 in the league. Besides these two traits, Lowry has shown a scrappy side of him in rebounding.

He ranks 4th among point guards in rebounding with 5.0. This is particularly impressive due to his smaller stature. The numbers say that Lowry has an all-around game which is something most players, especially guards, rarely have in today’s NBA. He is also one of, if not the most, crucial piece on a Raptors squad with a top 5 record in the NBA. 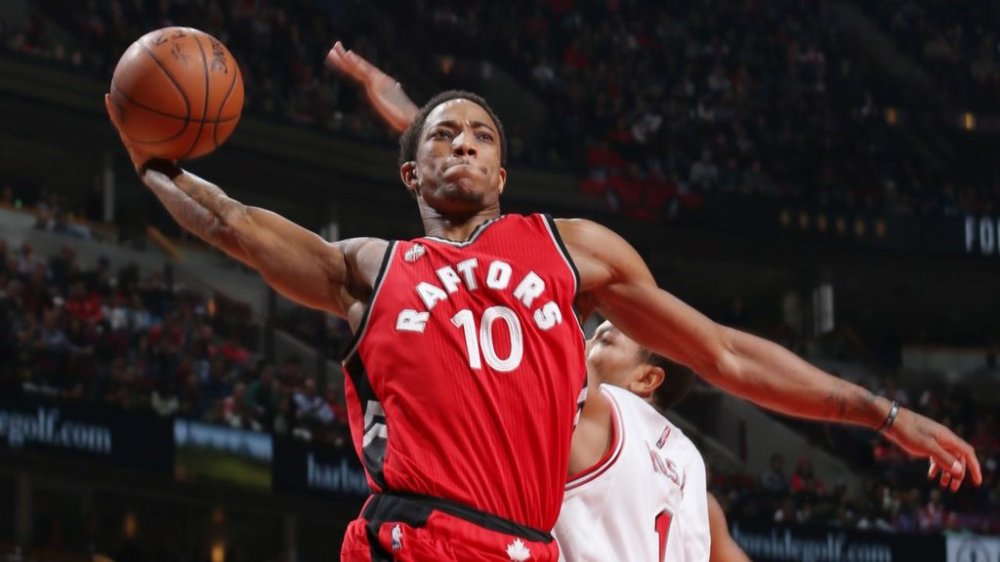 At the other spot in the backcourt is Kyle Lowry’s backcourt running mate, DeMar DeRozan. DeRozan is second in scoring amongst all players in the East in scoring. His 5.4 RPG ranks 4th of all shooting guards in rebounding. DeRozan is scoring a 28 PPG very efficiently with a 47 percent FG percentage.

His defense has also taken a step up from last year. Normally his FG percentage has been below average due to his poor long range shooting ability but this year his shooting numbers have gone up tremendously which has allowed him to be a premiere superstar.

The leading scorer on a team that is one of maybe two somewhat competitive threats to the Cavs in the east. DeRozan is an elite rebounder amongst shooting guards with a fantastic PER of 25.3. It’s too bad DeRozan and Lowry are getting snubbed again. This possibly due to the inherent voter bias that comes with being the only non-American team in the association but it is still unfortunate that duo from the six isn’t getting the shine they deserve. 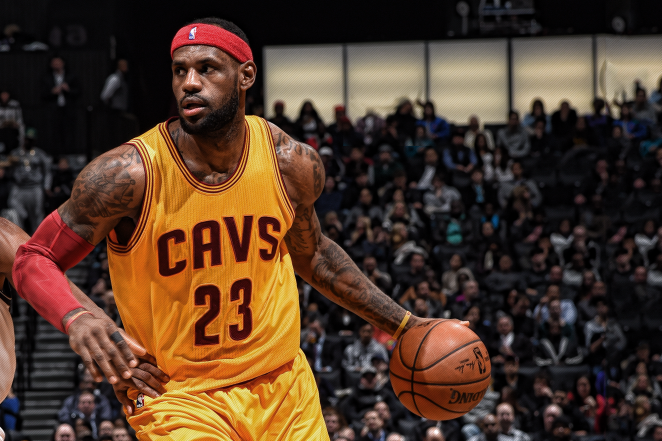 This is the most clear choice in the All Star game. James is set to make his 13th All-Star appearance in 14 seasons. His production has been LeBron James like. That statement alone should tell you all you need to know about where he stands this year.

His 25.8 PPG is second in scoring amongst small forwards, his 51 percent FG percentage shows he can score 26 a game with most of his shots going in, his all-around game is borderline absurd as he comes into this stretch of the season averaging eight dimes a night.

His APG ranks in the top 5 in the league and he’s not even the team’s primary ball handler. He has also been excellent on the other side of the court pulling down boards, deterring shooters with physical presence alone, and directing traffic. James has once again been one of the best two-way that the league, if not the world, has to offer. 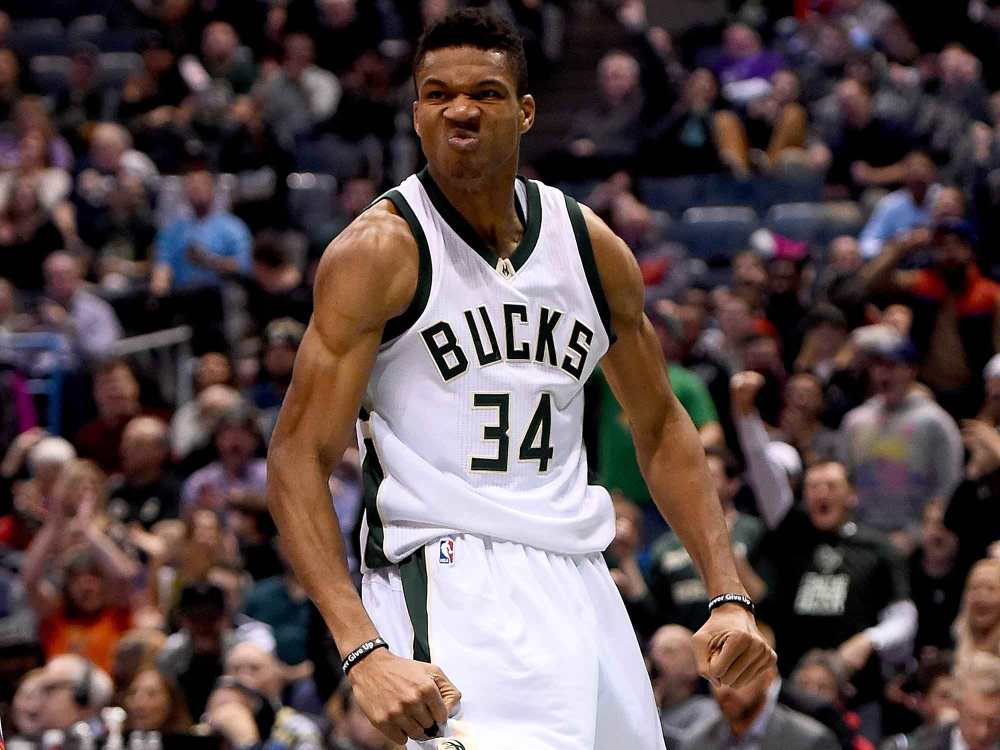 Surprise, surprise! Coming into the draft, the Bucks drafted Giannis thinking he’d be a 4 year project. Potentially he’d be a rotation guy, but the general consensus from around the association is that Gianis was far off of his potential stardom.

Apparently that’s not what Giannis had in mind. This year he has produced staggering numbers totaling  23/8/5 a night. He leads the Bucks in all five statistical categories, something we marveled at when Lebron did it in this past Finals! It’s not like he has a bad supporting cast either. Jabari Parker is a 20+ scorer, Brogdon and Henson are good players, and Matthew Dellavadova has been a solid addition.

His 28.2 PER ranks third in the entire NBA. He leads all SF’s in rebounding and he’s second in FGM as well as sitting at 2nd among forwards in APG at 5.6. He might become the second ever player to average two SPG and two BPG in one season. By his fourth year, most thought he’d be no more than a rotation guy, still learning the traits of the trade.

Here he is in his fourth year and he looks like an All-Star starter. Maybe even an MVP type player for many years to come.  His elite-level defensive contribution is just icing on the cake as he ranks in the top 5 for SF’s in RDRM (Real defensive plus-minus). He’s an All-Around player, a two-way star, and just a flat out athletic freak at a young 22. Expect this and much more for many years to come. 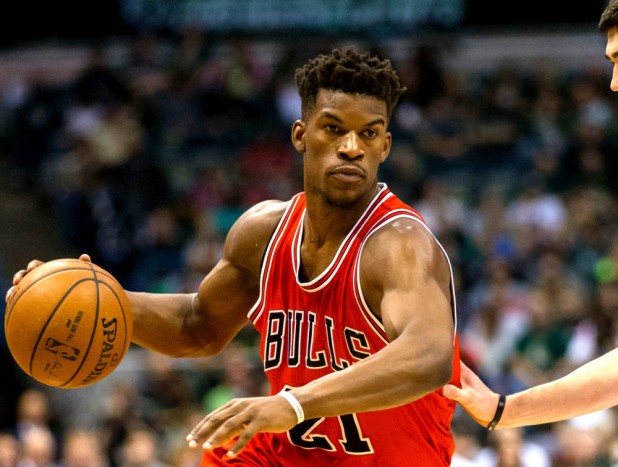 Butler has a great case as the best two way player in the league right now. His scoring numbers have jumped significantly since the addition of his three-point range. Jimmy is also up to 4.6 APG which ranks in the top 10 for small forwards.

His rebounding is up to nearly seven a game as well.  Defensively, Butler has been a stalwart as always as he is on track to make another All-NBA defensive team. His 25.9 PER also shows how good Butler truly is. When you look at Butler’s stats you can see he’s come a long way.

His rookie year he played just 8 minutes per game, but he continued to move up the rotation, and now Butler has established himself as a superstar. He is certainly on pace for his third consecutive all-star appearance. Butler is no longer just one of Thib’s hard-nosed, lockdown defenders anymore. He’s an all-around offensive inferno as well as a superior lockdown defensive stopper.

We all know what Irving can do. He has firmly established himself as one of the best offensive guards in the NBA thanks to his outstanding handles among many other skills. He is shooting 47 percent from the field which is extraordinarily impressive considering that he averages 23.8 PPG. His 22.0 PER shows how efficient he is and at such a young age too. Despite how Pepsi may have you picture Ky, at 24 years young Irving is far from finished. Expect to see more from this offensive supernova affectionately known around hooping circles as the “Layup King”.

His 22.0 PER shows how efficient he is and at such a young age too. Despite how Pepsi may have you picture Ky, at 24 years young Irving is far from finished. Expect to see more from this offensive supernova affectionately known around hooping circles as the “Layup King”.

His 22.0 PER shows how efficient he is and at such a young age too. Despite how Pepsi may have you picture Ky, at 24 years young Irving is far from finished. Expect to see more from this offensive supernova affectionately known around hooping circles as the “Layup King”.