by Justice Skinner
Keep in mind this list is not in order. This is a list of 16 of the great movies in film this year, which means that some great movies will be left out. Enjoy! 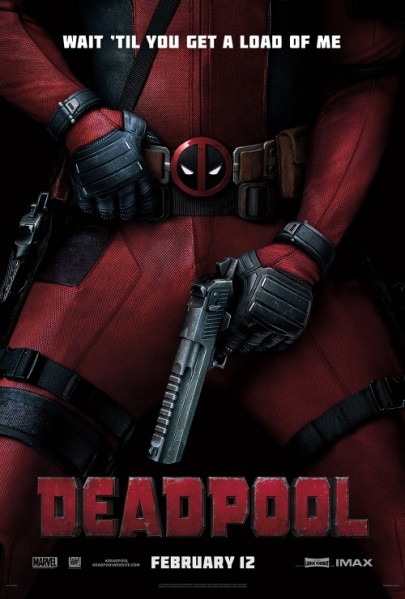 The hilarious box-office surprise of the year, the R-rated mercenary with a mouth did more than expected when it hit theaters. Combining action, wit, raunchy humor and superheroes together, this movie packs quite a punch.

It even was able to become the highest grossing R-rated movie ever! A sequel is already on the horizon with Ryan Reynolds set to star again and to feature Cable (fingers crossed!).

Tom Hanks is one of the greatest actors out there. The man has been in some of the best movies of the last generation, in Forrest Gump, Saving Private Ryan, and Toy Story trilogy.

And while Sully is not up in that league, it is still an intriguing and well-done biopic on the interesting life of the pilot Chesley “Sully” Sullenberger. Sully shows the “Miracle on the Hudson” from the disaster to the aftermath, where the heroics of Sully are put into question.

Kubo and the Two Strings

A visual masterpiece with the touch of beautiful animation expected from Laika, this movie is about a boy (Kubo) who must save himself and his friends through unlocking a secret legacy by finding his father’s samurai armor.

It sounds familiar, but delivers an outstanding display and a heartfelt story. A gentle, touching movie to gather the family to watch.

Who would have thought the biggest tackle on racial issues, contradicting cultures and ideologies of the year would come from a worldwide billion-dollar animated film?

This movie features the voice acting of Ginnifer Goodwin, Idris Elba, J.K Simmons, and Octavia Spencer to name a few. The movie follows rabbit cop, Judy Hopps, and fox con-man, Nick Wilde, as they race to solve a mystery that threatens to rip Zootopia apart. Briskly paced, Zootopia will be sure to keep you on the edge of your seat with multiple twists and sharp humor. 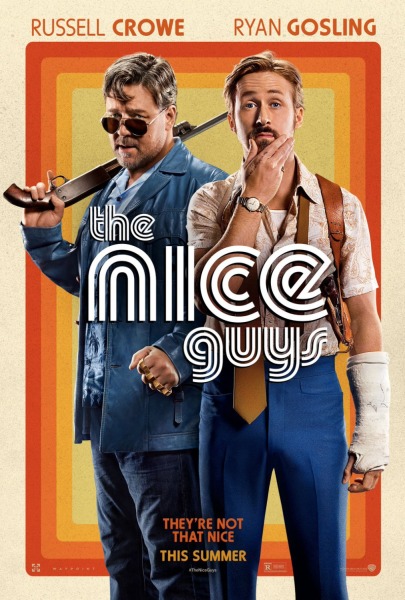 What if a big studio (say Warner Brothers) got two talented actors (say Ryan Gosling and Russell Crowe) as buddy cops in an interesting setting (how about ’70s Los Angeles and a missing person case), and no one came to see it? That is what happen this year in summer that was filled with multiple sequels, spin-offs and rebooted blockbuster. However, the people that came to see it were definitely in for a treat.

Given critical acclaim, mostly for Crowe and Gosling’s chemistry, it is full of wit and charm. So if you were one of the people that skipped it, give the gullible Gosling and no-nonsense Crowe a chance.

In a world with wannabe-Star Wars movies (remember Jupiter Ascending?) and neverending sequels (another Underworld movie), comes a sci-fi movie, with emphasis on thinking.

But don’t let that fool you. This movie had astounding graphics combined with brains, making you really think, “What if aliens did land on Earth?” With Amy Adams leading in a brilliant performance as a linguistic expert tasked with figuring out how to communicate with the aliens, this movie compels until the very end.

Set in Texas, one brother (Chris Pine) recruits his ex-convict brother (Ben Foster) to start a chain of robberies against the bank that is about to foreclose their ranch, in a compelling crime drama.

A movie that really investigates brotherly love, wouldn’t have worked if it hadn’t have been for Pine and Foster’s chemistry. Set against an aging ranger played by the fantastic Jeff Bridges, it is one heck of a ride from start to finish.

Manchester by the Sea

A gripping tale of loss and grief, when Casey Affleck’s character’s brother unexpectedly dies, he finds himself in custody of his nephew.

Tragedy is shown through acting that seems so real that you will get lost in this story of a fractured man trying to cope with his struggles and the struggles around him. Though filled with sorrow, this phenomenal script is able to find laughs in a time of shocking sadness.

Talk about hardcore. When a down-on-its-luck punk band accepts a gig at a neo-Nazi club, everything goes to hell when the band witnesses the aftermath of murder. What follows is a calculating, bloody, horror-stricken film that is expected from the likes of the great Jeremy Saulnier.

Rogue One: A Star Wars Story

A capable Felicity Jones leads our overlooked, scrappy rebels on a mission for the plans of the Death Star. This World War II inspired film of the Star Wars universe goes out of its way to make a mark on you, and will never let you see the Death Star and A New Hope the same way.

The Marvel Cinematic universe keeps on trucking. Captain America: Civil War, from the onset, was a brilliant idea.

Placing the two most popular characters Marvel had the rights to (at that moment!) and putting them against each other to clash with DC’s heavily hyped Batman vs. Superman in 2016 to remind you that Marvel wasn’t going anywhere.

And while Batman vs. Superman was ridiculed, Marvel was able to make a clever, humorous, action packed movie that became a critic’s darling, including an airport fight that is one of, if not the best scene in cinema this year, and an end fight that will leave you breathless.

Have you ever wanted to be in a world where if you are single, you are sent to a hotel and have 45 days to find a mate, and if you don’t, will become an animal? No!

Well that is the world of The Lobster, a brilliantly funny and inspiring romantic comedy, where the lovable losers we watch struggle to find a mate, until our main character heads to the woods, filled with rebels to the system. Yes, it’s strange. But if it’s one thing that is a breath of fresh air in Hollywood nowadays, it’s originality.

A blood-curdling film that ranks up there in one of the scariest movies to hit theaters. In Colonial America, a family is thrown out of their village and into the witch-filled woods for their religious views.

A movie that goes from bad to worse when the family’s daughter body and soul might be possessed by powers unknown to the family (or just by a goat). 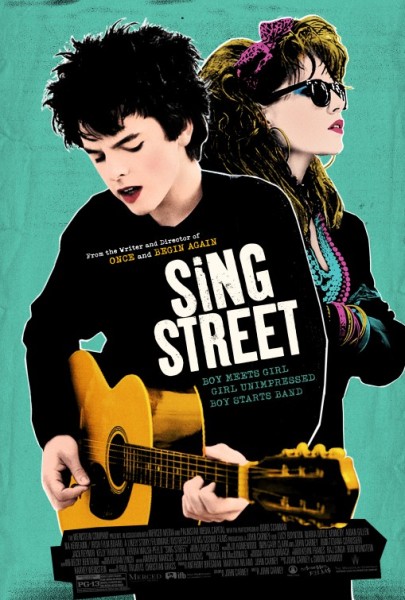 The premise for Sing Street is simple: an Irish boy starts a band to impress a girl. That is pretty much the movie.

But what follows is a great coming-of-age story filled with great music and enjoyable characters. It won’t take long for Sing Street‘s charm to sweep you off your feet. Following the characters’ rise with their band is a joyful adventure, filled with music that director John Carney is careful to place at the right time for the right feel.

The Fits stars Royalty Hightower as Toni, the 11-year-old girl who goes to the gym to work out while her brother boxes. She then falls in love with the all-girl, all-state dance team and joins it. Soon some of the girls on the team fall with weird “fits”.

The actress’s first feature film is masterful as Toni searches the pitfalls it takes for her to be accepted into the dance squad by the girls on the team. The Fits is a small-scale indie film that absolutely rocks it’s own look and feel.

O.J.: Made in America

There is an argument that the nearly eight-hour O.J.: Made in America is a long-form TV documentary. But with a short thematic run, it is up for movie awards. Thus, here it is on the best movies in 2016. And what a movie.

The film takes a look at the life of O.J.Simpson, from his athletic career and bubbling personality, while also giving background on the relationship of Los Angeles African-Americans and the Los Angeles Police Department. Then, it thrusts you into the downfall of Simpson, the murder allegations and his infamous trial. Carefully-crafted to give you a sense of dread throughout the entire eight hours,

Carefully-crafted to give you a sense of dread throughout the entire eight hours, O.J.: Made in America is a heartbreaking, intriguing masterpiece of cinema that looks at the notorious Simpson and the corrupt background that led to his demise.