This is a review on the NFL season so far for the sneakily competitive division AFC West and predictions on where the teams in AFC West will end up. Now they do have the reigning champ Broncos playing in the division, but it is not as lopsided as you would think.

The Broncos suffered losses in free agency such as Hall of Fame quarterback Peyton Manning, his supposed successor Brock Osweiller, defensive lineman Malik Jackson and linebacker Danny Trevathan. The Broncos also had to fill the quarterback position with Trevor Siemian.

The Kansas City Chiefs are a team that I think can be scary good if Alex Smith will air it out more and the team remains healthy.

The Oakland Raiders is a team that is starting to believe in itself and is finding its stride with its young talent. This is what I thought of the AFC West to begin the 2016 NFL season, so let’s see how the teams are playing and what I project them to do with Week 3 coming up. 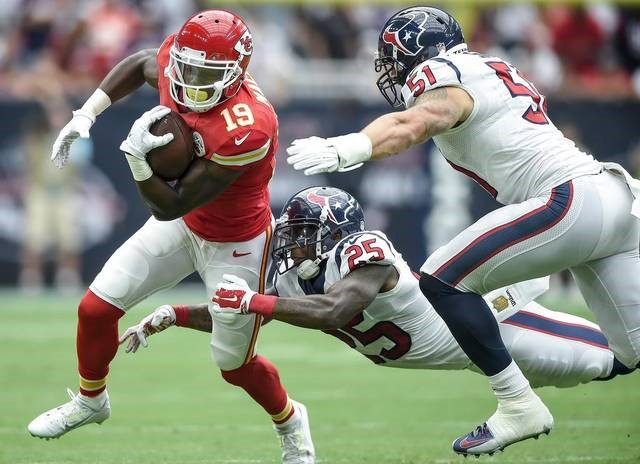 During the Chiefs-Texans game, Kansas City had a sloppy performance with three fumbles. Alex Smith went from leading a 24-3 comeback of 23 points to two fumbles, no touchdowns, and 186 yards.

Lucky for him, their defense played well enough to keep them in the game. Considering that the Chiefs only allowed 13 points while the offense turned the ball over 2 times in the first half (one in the last three minutes), Kansas City played decently.

It was a tight, contested game but Texans kept Chiefs from getting into the endzone. A bright spot is the performance of Marcus Peters, who had two interceptions, one that was in the endzone.

In Week 1, the Chiefs slowed down the Chargers to a halt in second half while mounting an impressive comeback.

Even though the Chiefs’ offense couldn’t get a touchdown against the Texans and played very sloppy, they still had a chance to comeback and win in the end.

With one of the most dynamic players in Jamaal Charles hopefully coming back next week, the chiefs will have an important cog back in their engine to go with their formidable defense.

Key victory over the Broncos in Arrowhead and a key loss to the Colts at Indianapolis.

The Chiefs offense will put itself together but not after a 3-2 start. After the Chiefs will fall short to top tier teams while beating up lesser teams with Charles, Maclin, and quality play from Alex Smith and a stout defense. Kansas City will then finish strong with three straight wins. 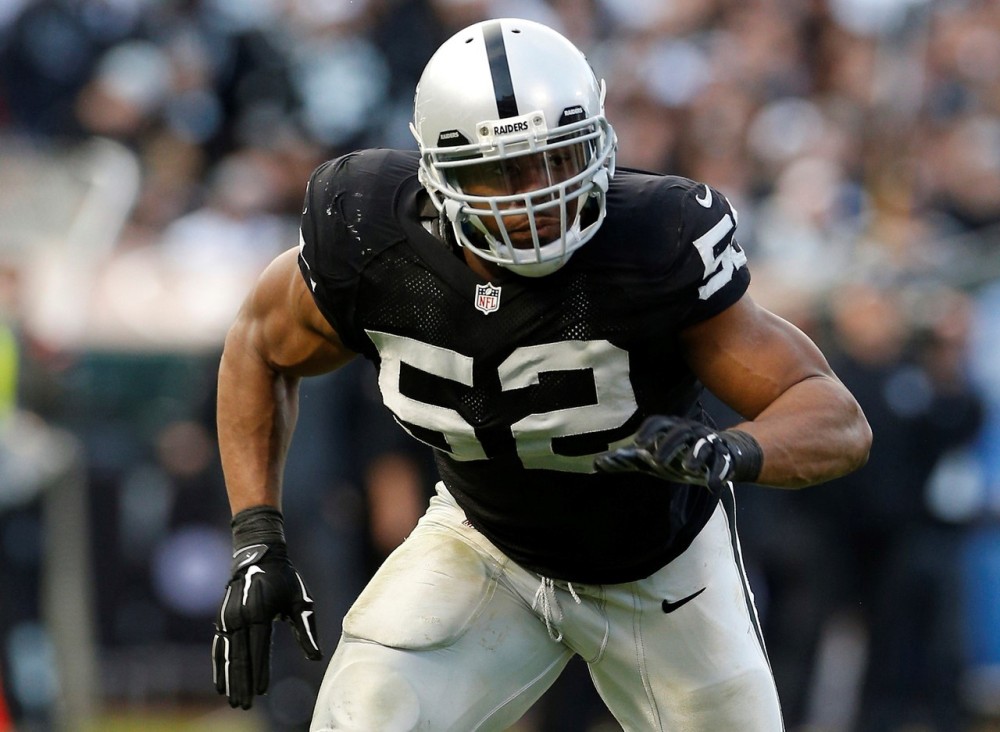 First thing first, the Oakland Raiders have to get their defense together. In two weeks they have allowed a 98-yard play with a simple burner route (straight up the sidelines), an easy slant route to be uncovered for touchdown, and a crucial 9-yard touchdown run in from a backup running back.

The Raiders have allowed pitiful back-to-back 35-point games. Their weakness has to be their poor secondary allowing Matt Ryan and Drew Brees to smoke them.

The moneymaker for the Raiders this season will have to be the offense, so it’s a good thing that they have one of the more potent, balanced offenses around. Derrick Carr has put up great numbers with 319 yards and one touchdown against the New Orleans Saints and against the Atlanta Falcons, he had three touchdowns.

Oakland has surrounded Carr with talent in Cooper, Crabtree, and productive running back Latavius Murray.

The Raiders boosted their confidence with their win against the Saints The young team gambled in a close game and won.

Against the Falcons, however, their defense put up a poor effort and if it hadn’t had been from dynamic play from Carr and top receive Amari Cooper, they would have been down by several touchdowns. Granted they were only a touchdown away from winning, but they can’t win a shootout every week.

Key victory over Broncos in Oakland, key loss to Buffalo Bills in Oakland.

I still see this team in the future competing for conference titles, but right now I see a distinct weakness in their secondary. Like really bad. And in a passing league, they will suffer, even with most of their losses by a touchdown or less. 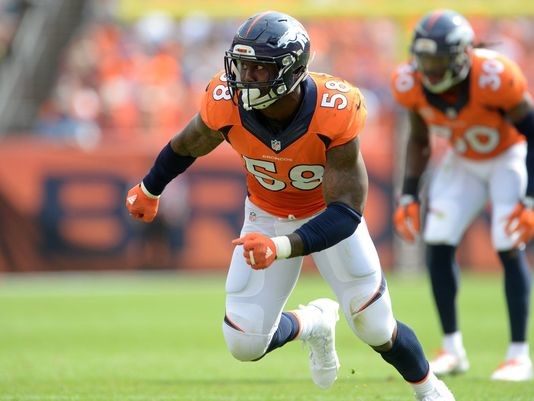 The defending champion Denver Broncos showed their resilience following up a victory over the Carolina Panthers (who went 17-2 last year and runner-up to Super Bowl) by a 34-20 win over the Indianapolis Colts.

And a message to the NFL: Watch out for the Orange Crush.  After jumping all over Cam Newton, and subduing the Panthers who last year continued to run up the scoreboard, The Broncos sacked Colts quarterback Andrew Luck five times (Von Miler had three of the five) and accomplished getting under his skin.

The Orange Crush forced two key takeaways. One was a spectacular play by Broncos cornerback Aqib Talib taking it to endzone, and the other was a strip sack by Miller and Shane Ray turning it into six points.

Even after losing Malik Jackson and components of the Broncos defense last year, it doesn’t seem like they have lost a beat.

The Broncos quarterback Trevor Siemen played with confidence but for second straight week had no passing touchdowns. As long as the Broncos pound the rock with C.J. Anderson though, I think they will be happy.

Prediction: 11-5 and a Division Title

The Broncos will keep the score low with great defense and let the offense get its rhythm. If the Broncos keep up great pass rush and converting on turnovers, I believe that the offense will be able to score enough to get the Broncos playing into the playoffs. 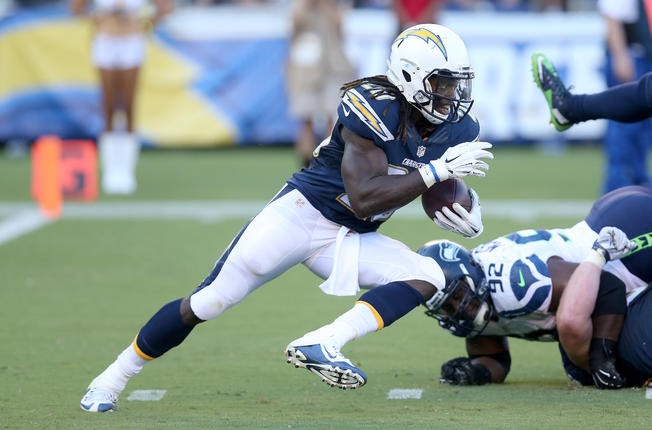 The San Diego Chargers can’t get any unluckier at this point, can they?

Star wide receiver Keenan Allen went down with ACL tear and will be out for the season, and the following week running back Danny Woodhead went down for year with the same injury.

Combine these with injuries to receiver Stevie Johnson (meniscus tear) and safety Jahleel Addae (collarbone) and the ongoing issue with first round pick defensive end Joey Bosa and you get a depleted team.

On the bright side, Philip Rivers looked sharp against Jaguars with the few healthy skill players he had and went 17/24 for 220 yards and four touchdowns. Melvin Gordon is a rising star and will continue to carry the rock.

The Jacksonville Jaguars did however have more yardage than the Chargers, mostly from Blake Bortles’ 329 passing yards. It was the second time the Chargers allowed 300-plus yards for a QB this year.

In Week 1, the Chargers lead 24-3 in the second half, when they strayed away from Melvin Gordon and decided to air it out. This resulted in a Jamal Charles-less Chiefs to have 23 unanswered points and allowed Alex Smith to look more like Aaron Rodgers.

The Chargers should always be a challenge with Rivers under center, but if Melvin Gordon cools down from his red-hot start and opposing teams throw on an average defense or take advantage of San Diego’s lack of talent, then the Chargers will be in for a rough season.

Key victory over the Broncos at Mile High Stadium, key loss to the Tennessee Titans in San Diego.

What I feel is dangerous about this team is it will not be the most talented team on the field, but it has one of the smartest quarterbacks in Philip Rivers. I also feel like with Rivers and Gordon, against a good to subpar defense, they can win in a shootout.

However, we have yet to see the impact of San Diego having two of its better players on injury reserve for the rest of the season.